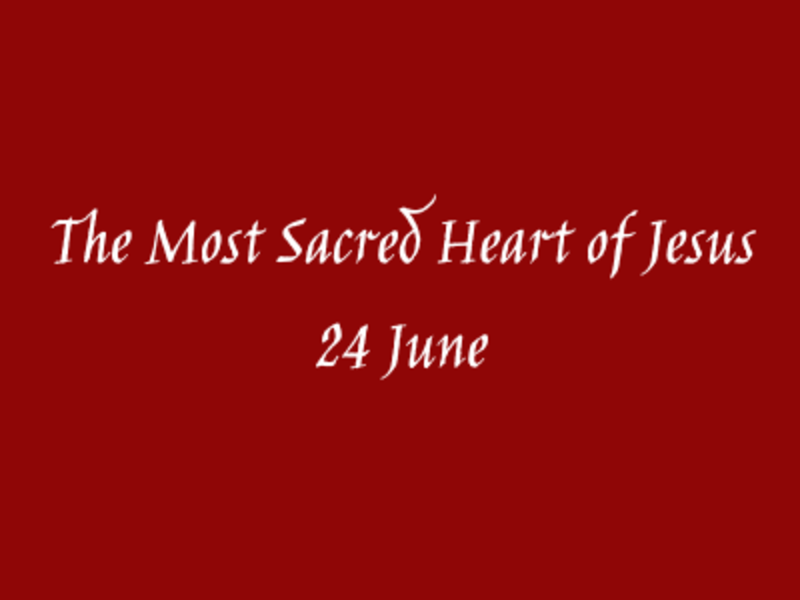 Every year, 19 days after Pentecost, the Catholic Church celebrates the Solemnity of the Sacred Heart of Jesus.  But where did that tradition originate?

Devotion to the wounded heart of Jesus has its origins in the eleventh century, when pious Christians meditated on the Five Wounds of Christ. There grew up among the faithful prayers to the Sacred Heart, prayers to the Shoulder Wound of Christ—private devotions which helped Christians to focus on the passion and death of Christ, and thus to grow in love for our Savior who had suffered and died for us.

It was not until 1670, however, that a French priest, Fr. Jean Eudes, celebrated the first Feast of the Sacred Heart.

Around the same time, a pious sister by the name of Margaret Mary Alacoque began to report visions of Jesus. He appeared to her frequently, and in December 1673, he permitted Margaret Mary—as had once allowed St. Gertrude—to rest her head upon his Heart. As she experienced the comfort of his presence, Jesus told her of his great love and explained that he had chosen her to make his love and his goodness known to all.

The following year, in June or July of 1674, Margaret Mary reported that Jesus wanted to be honored under the figure of His Heart of flesh. He asked the faithful to receive Him in the Eucharist frequently, especially on the First Friday of the month, and to observe a Holy Hour of devotion to Him.

And then in 1675, during the octave of Corpus Christi, Margaret Mary received the vision which came to be known as the “great apparition.” Jesus asked that the modern Feast of the Sacred Heart be celebrated each year on the Friday following Corpus Christi, in reparation for the ingratitude of men for the sacrifice which Christ had made for them.

The devotion became popular after St. Margaret Mary’s death in 1690. However, because the Church is always careful in approving a private apparition or devotion, the feast was not established as an official feast for all of France until 1765.

On May 8, 1873, the devotion to the Sacred Heart was formally approved by Pope Pius IX; and 26 years later – on July 21, 1899 – Pope Leo XIII urgently recommended that all bishops throughout the world observe the feast in their dioceses.