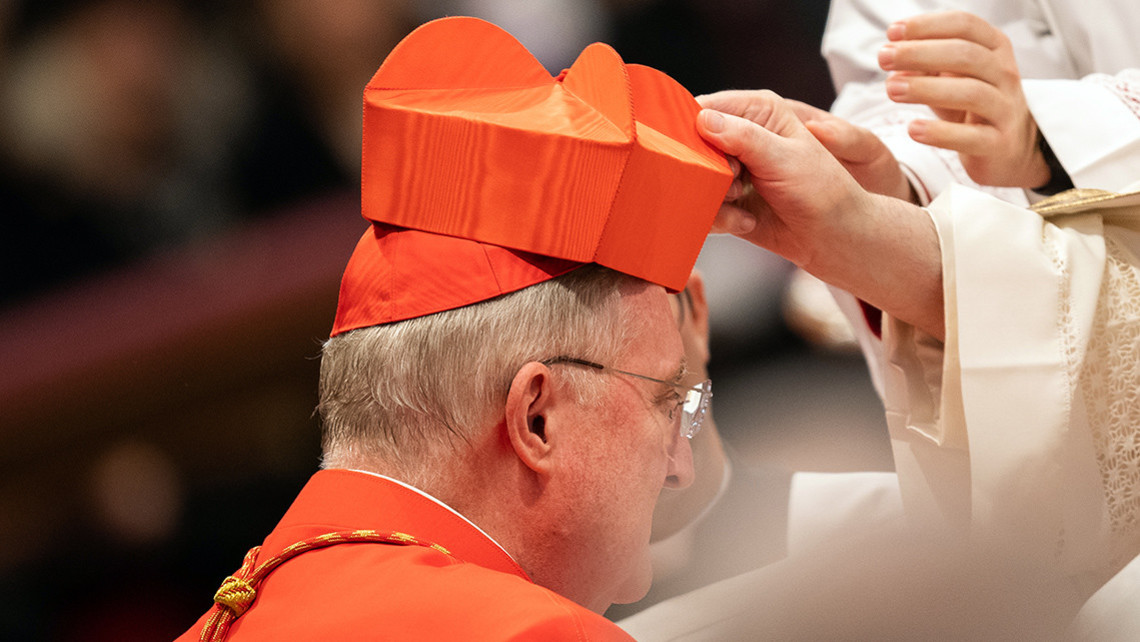 On Saturday, 27 August 2022, Archbishop Arthur Roche was one of 20 men created Cardinal by Pope Francis in St Peter’s Basilica.

The former Bishop of Leeds and Prefect of the Vatican’s Dicastery for Divine Worship and Discipline of the Sacraments received the symbols of the cardinalate – the red skullcap, biretta, ring, and the bull assigning the title and rank.

The new Cardinals hail from five continents and four new countries were represented – Mongolia, Paraguay, Singapore and East Timor. Sixteen are under the age of 80, hence eligible to serve as electors in a future Conclave, and four non-electors, over the age of 80.

At the conclusion, the new Cardinals approved the canonisation of the founder of the Scalabrinians, Giovanni Battista Scalabrini, and Salesian layman, Artemide Zatti.

The Pope then left the Basilica through the Door of Prayer with the new Cardinals, and proceeded to the Mater Ecclesiae Monastery in the Vatican Gardens to visit and greet Pope Emeritus Benedict XVI

Cardinal Roche then greeted the faithful of Rome and those visiting from England and Wales for the customary post-Consistory congratulatory visits. These visits took place in the Paul VI Hall and the Apostolic Palace.

Cardinal Nichols on the Cost of Living Crisis

Catholics are present in every local community, seeking to contribute constantly to the support of those in need. So we are well aware... END_OF_DOCUMENT_TOKEN_TO_BE_REPLACED

On the night of Friday 7th October we are asking you to give up your cosy bed and sleep... END_OF_DOCUMENT_TOKEN_TO_BE_REPLACED