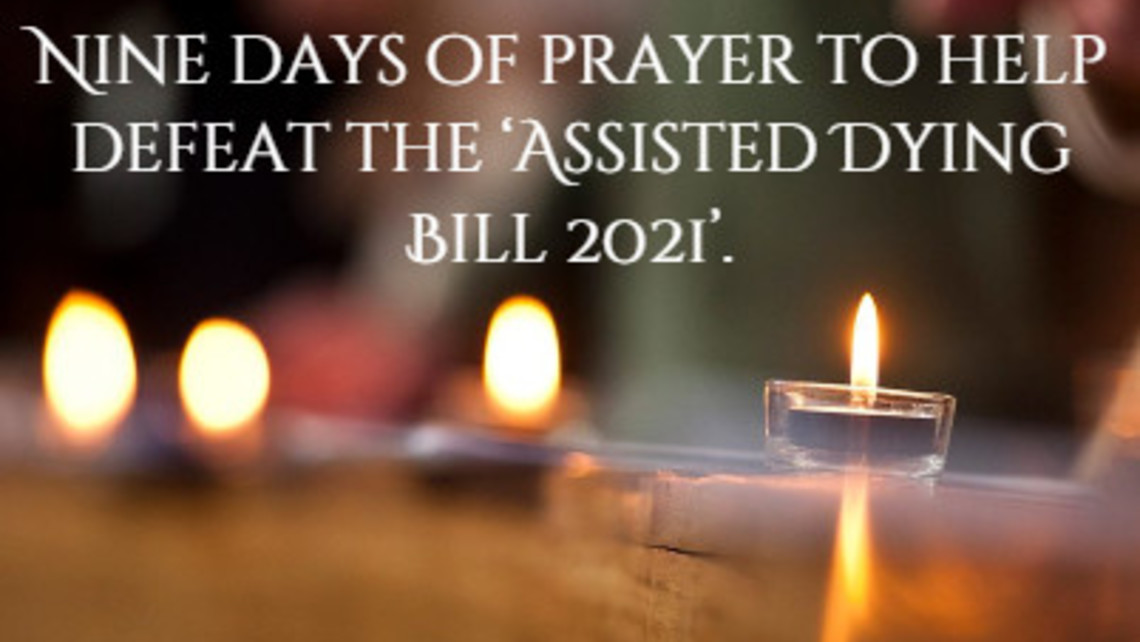 The Catholic Bishops of England and Wales invite the faithful to pray a novena, nine days of prayer, seeking the intercession of Pope Saint John Paul II, to help defeat the ‘Assisted Dying Bill 2021’.

The Bill will receive its Second Reading, with full debate, in the House of Lords on 22 October. If successful, it will allow terminally ill adults with less than six months to live, assistance to commit suicide.

In the lead up to the Second Reading, from Thursday 14 October, Catholics are encouraged to pray the novena with daily intentions to uphold the infinite worth of each human person through proper investment in palliative care.

“Jesus told his disciples to pray at all times and not lose heart. Providentially the discussion of Baroness Meacher’s Bill in the House of Lords falls on the feast of Saint John Paul II on 22 October

.“The novena, asking the intercession of Pope Saint John Paul II, who spoke courageously about the infinite worth of each human person and witnessed to the cross in his final illness, calls upon Catholics and all who share our view that assisted suicide is wrong, to pray with perseverance that this Bill will be defeated.“

END_OF_DOCUMENT_TOKEN_TO_BE_REPLACED

The UK’s plans to forcibly deport to Rwanda some of those seeking refuge in our country is shamefully illustrative of what Pope Francis has... END_OF_DOCUMENT_TOKEN_TO_BE_REPLACED

The gospel call to leave everything and follow Christ was the rule of Saint Anthony of... END_OF_DOCUMENT_TOKEN_TO_BE_REPLACED