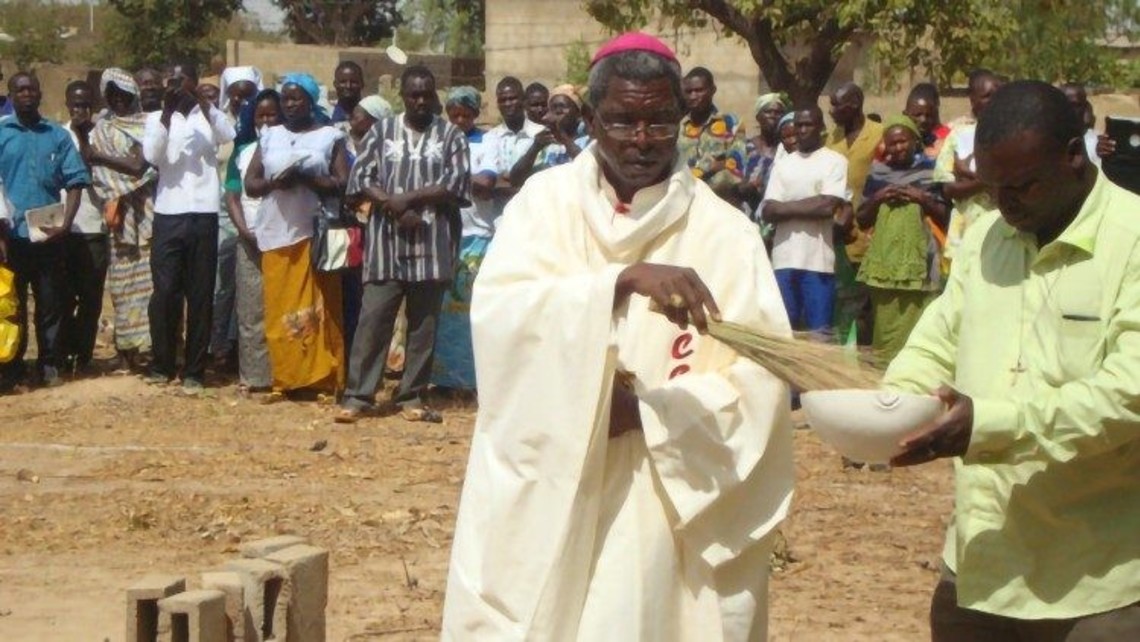 Following the murder of 14 people at a Protestant church in Burkina Faso, a local Catholic Bishop warns of an Islamist insurgency seeking to drive a wedge between Christians and Muslims where they have always lived together in peace.

“A persecution of Christians is underway.”

Bishop Justin Kientega of Ouahigouya provided that analysis of the current situation in Burkina Faso on Monday.

He said the West African country’s Catholic Bishops have decried the state of affairs for months, “but no one listens. Obviously they prefer to protect their own interests.”

On Sunday, suspected Islamist terrorists entered a Protestant church in the eastern village of Hantoukoura and opened fire on worshipers.

At least 14 people were shot dead.

The attack, which took place in the Fada N’Gourma area near the border with Niger, is the latest incident in a pattern of anti-Christian violence.

Listen to our report

Bishop Kientega linked the incident to Islamist propaganda, in a statement provided to Aid to the Church in Need.

There is no doubt, he said, that insurgents are “trying to create a conflict between religions in a country in which Christians and Muslims have always gotten along.”

The Bishop added that those who carry out anti-Christian attacks also spread terror to gain control of land left behind by those who flee the violence.

Ignored by the West

Over 60 Christians have been killed in Burkina Faso in 2019.

Bishop Kientega said Western media outlets and governments have largely ignored their deaths, and linked the ongoing violence to the arms trade.

“Many Western powers obviously have some reason to let the violence continue. Their profit is more important than our lives,” he said.

Insecurity in the region, the Bishop said, greatly limits the Catholic Church’s ability to care for the faithful.

Launching an appeal, Bishop Kientega urged the international community to pay attention to the volatile situation in Burkina Faso.

“Western powers must stop those who commit these crimes,” he said, “rather than sell them weapons they use to kill Christians.”

END_OF_DOCUMENT_TOKEN_TO_BE_REPLACED

The UK’s plans to forcibly deport to Rwanda some of those seeking refuge in our country is shamefully illustrative of what Pope Francis has... END_OF_DOCUMENT_TOKEN_TO_BE_REPLACED

The gospel call to leave everything and follow Christ was the rule of Saint Anthony of... END_OF_DOCUMENT_TOKEN_TO_BE_REPLACED