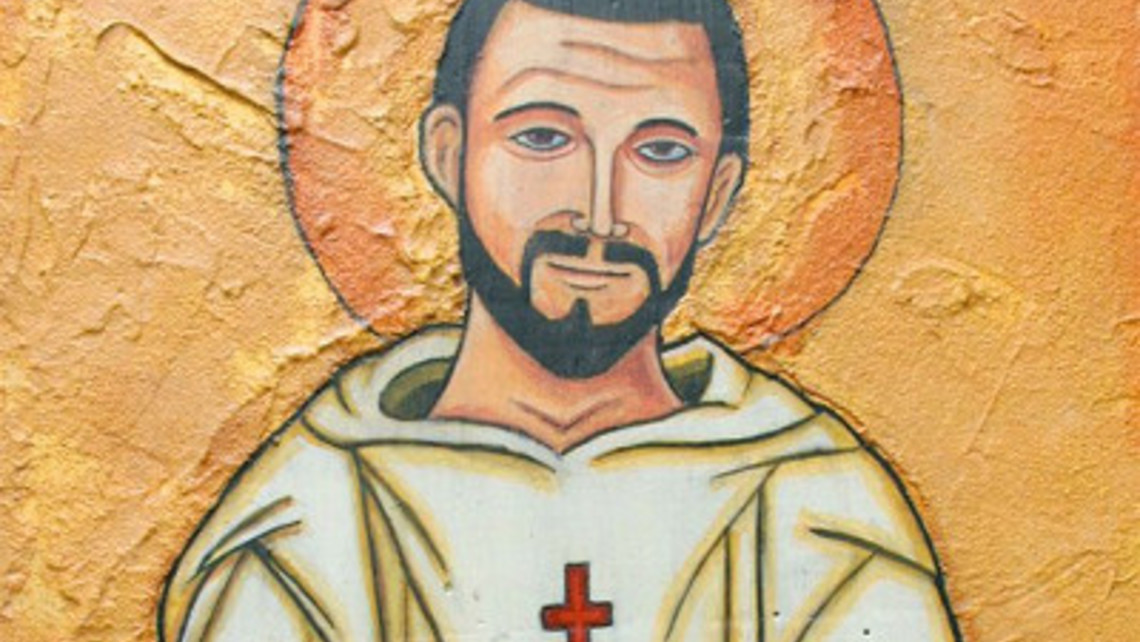 Bishop Paul Swarbrick, Bishop of Lancaster, introduces us to Charles de Foucauld, a former soldier and Trappist who will be canonised by Pope Francis on Sunday 15 May 2022.

I’d like to introduce you to a gentleman called Charles de Foucauld, a Frenchman born in 1858, who is on the verge of being canonised. He may not be someone you’re very familiar with because he led quite a hidden life. If I can just briefly mention that he was born of an aristocratic French family and found his way into the military, where he really lived a very selfish life – very hedonistic. But later, partly due to things falling apart for him, he began searching again for his faith and his Catholic God.

He lived as a Trappist for a number of years before eventually settling in a very remote part of the Sahara in Algeria, then a French colony. It’s his life there that has caught the Church’s attention, really, and presented him as a cause for canonisation.

He was martyred in 1916, but I think the most important thing that we can learn from his life at the moment, in our own times, is the life of faithfulness to Christ, faithfulness to prayer, in relative isolation. We live in complex times and so did he. There were the complexities of colonial politics and the relationship between Christianity and Islam, which featured very largely in his life as well. He didn’t really see any of these things as problems, he just got on with leading his life of prayer. It’s that single-mindedness that endeared him to the people amongst whom he lived. His relationships with his neighbours were very, very good and they respected him very much.

So I would just quote what’s known as the Prayer of Abandonment, which is very much inspired by Charles de Foucauld and his life:

Father, I abandon myself into your hands.
Do with me what you will.
Whatever you may do, I thank you.
I am ready for all. I accept all.
Let only your will be done in me and in all your creatures.
I wish no more than this, O Lord.

So there’s a prayer that is inspired very much by the life of Charles de Foucauld, and I do heartily recommend that you look for information on him and get to know him better – as a relevant companion for you in these times.

God bless you all.

Bishop Thomas Neylon has expressed his joy at the news of the Canonisation of Blessed Lazarus, also called Devasahayam, an 18th-century Indian martyr. He... END_OF_DOCUMENT_TOKEN_TO_BE_REPLACED