Eradicate hunger with spirit of fraternity 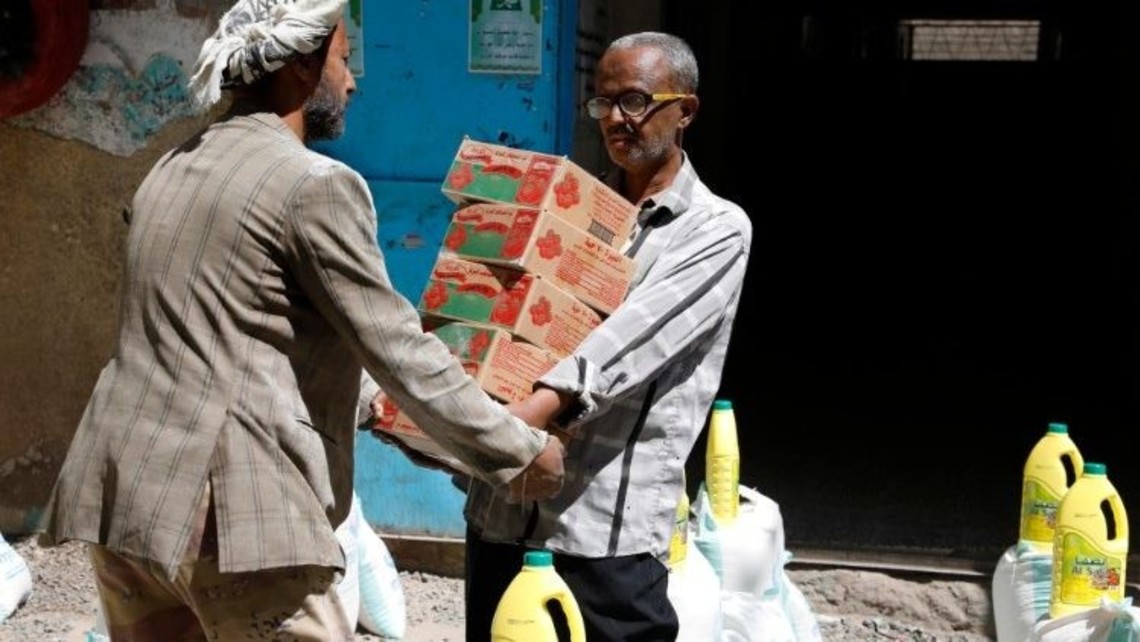 In a message to the World Food Forum taking place in Rome, Pope Francis reminds participants that in a world impacted by interconnected crises, the centrality of the human person must never be forgotten.

At the heart of Pope Francis’ message to participants in the 2nd edition of the World Food Forum (WFF) was the call “not simply to feed the other, but to give ourselves in service to others” in a spirit of “fraternity and solidarity that must inspire relations between individuals and between peoples.”

The Forum at the UN Rome-based Food and Agriculture Organization (FAO) takes place from 17 to 21 October 2022 with a focus on “Youth Action”, “Science & Innovation”, and “Investment".

Pope on World Food Day: In a world at war put fraternity first

2022: A year of unprecedented hunger

The Forum comes in a year of unprecedented hunger. UN statistics show that conflict, COVID, the climate crisis, and rising costs have combined to create jeopardy for up to 828 million hungry people across the world.

In this world of interconnected crises, the Pope said in his message to participants of the WFF’s opening ceremony, the message of Christ challenges us to make decisions and promote initiatives for the good and the future of all humanity.

The sacredness of bread

Extending his greeting to all those who commit themselves and strive every day to eradicate hunger and poverty in the world, Pope Francis said “food is fundamental to human life, in fact, it shares in its sacredness and cannot be treated like any other commodity.”

“Food is a concrete sign of the Creator's goodness and of the fruits of the earth.”

He recalled the respect our grandparents had for bread: “they kissed it when they brought it to the table and did not allow anything to go to waste.

“Christ himself, in the Eucharist, became bread, living bread for the life of the world.”

The Pope said that in order to respect food and give it the pre-eminent place it has in human life, “in addition to concern for its production, availability, and access,” we must be aware that it is “a gift of God of which we are mere stewards.”

The centrality of the human person

Our first concern, he explained, must “focus on the human being as such, considered in his or her integrity and taking into account his or her real needs, in particular those who lack the basic sustenance for survival.”

In this period of interconnected crises, he continued, Christ’s message, even for non-believers, “challenges us not simply to feed but to give ourselves in service to others, recognizing and guaranteeing the centrality of the human person.”

“This priority can only be safeguarded if we once again believe in the fraternity and solidarity that must inspire relations between individuals and between peoples.”

The Pope concluded his message by saying he entrusts to God the fruits of this meeting, “so that the initiatives and decisions that contribute to the good and the future of all humanity may increase.”

END_OF_DOCUMENT_TOKEN_TO_BE_REPLACED

Time to Start School? If you have a child born between 1 September 2018 and 31 August 2019, then now is the time to... END_OF_DOCUMENT_TOKEN_TO_BE_REPLACED

Following the talk on The Holy Land last weekend we have on sale in the Parish Office a beautiful prayer resource at a reduced... END_OF_DOCUMENT_TOKEN_TO_BE_REPLACED