Mary, The Holy Mother of God 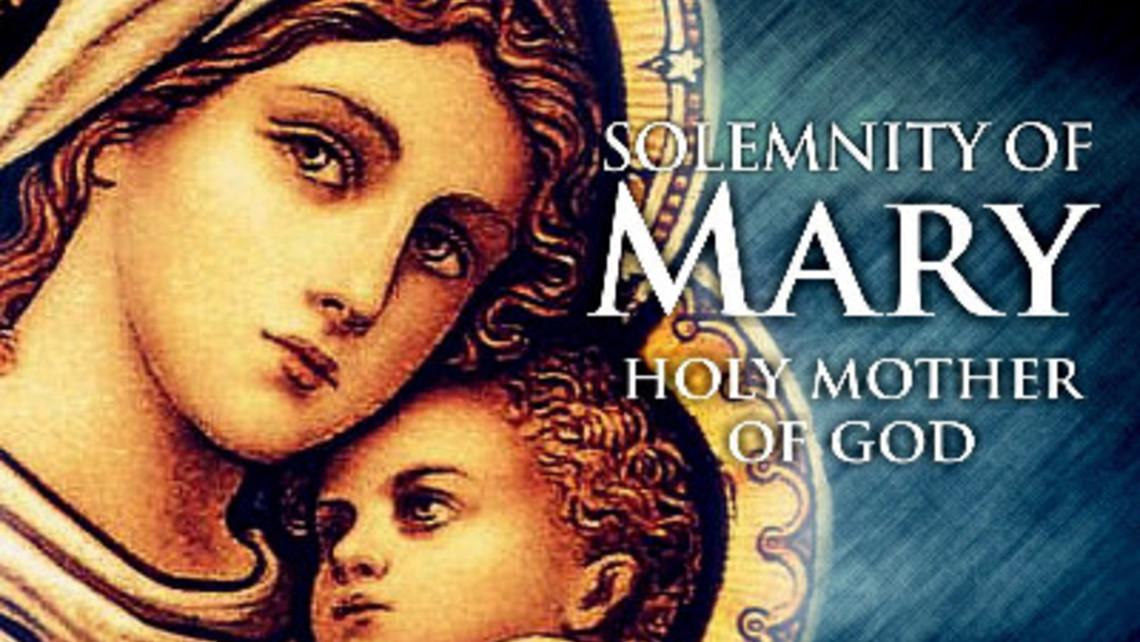 We celebrate the liturgical feast of the Blessed Virgin Mary on January 1st, which is in the Octave of Christmas.  Only Christmas and Easter enjoy the privilege of an octave, which is an eight day extension of the feast.  The honoring of Mary as the Mother of God can be traced back to the Council of Ephesus in 431.  By the 7th century, January 1st was observed as a celebration of the Maternity of the Blessed Virgin Mary.  In the 13th century, the Feast of the Circumcision of Christ had come to replace the feast honoring Mary; however in 1751, after a push in Portugal for an official feast day celebrating Mary’s divine maternity, Pope Benedict XIV allowed Portugal’s churches to devote a feast to Mary on the first Sunday in May.  Eventually, the feast extended to other countries, and in 1914 began to be observed on October 11.  In 1931, Pope Pius XI extended the feast to the entire church, and in 1974, Pope Paul VI removed the feast of the Circumcision of Christ from the liturgical calendar and replaced it with the feast of the “Solemnity of Mary, Mother of God”, bringing Mary’s feast day back to the first day of the year.

The feast is a celebration of Mary’s motherhood of Jesus.  The title “Mother of God” is a western derivation from the Greek Theotokos, which means “God-bearer”.  On this day, we are reminded of the role that the Blessed Virgin played in the plan of our salvation.  Through the Holy Spirit, God the Father prepared Mary to be the dwelling place where His Son and His Spirit could dwell among men.  Christ’s birth was made possible by Mary’s fiat, or sanctioning of God’s plan with her words, “Be it done to me according to thy word”.  Calling Mary “Mother of God” is the highest honor we can give to her.  Just as Christmas honors Jesus as the “Prince of Peace”, the Solemnity of Mary, Mother of God honors Mary as the “Queen of Peace”.  New Year’s Day is also designated as the “World Day of Peace”, further acknowledging the role of Mary in our hearts and in our world.

“On Fire!” a Conference to stimulate evangelisation in the UK

FROM THE VOCATIONS DIRECTOR OF CLIFTON DIOCESE

Bishop Paul Swarbrick, Bishop of Lancaster, introduces us to Charles de Foucauld, a former soldier and Trappist who will be canonised by Pope Francis... END_OF_DOCUMENT_TOKEN_TO_BE_REPLACED

Titus Brandsma was a Carmelite friar who was killed in the Dachau concentration camp on 26 July 1942.

The Nazi invasion of Holland... END_OF_DOCUMENT_TOKEN_TO_BE_REPLACED