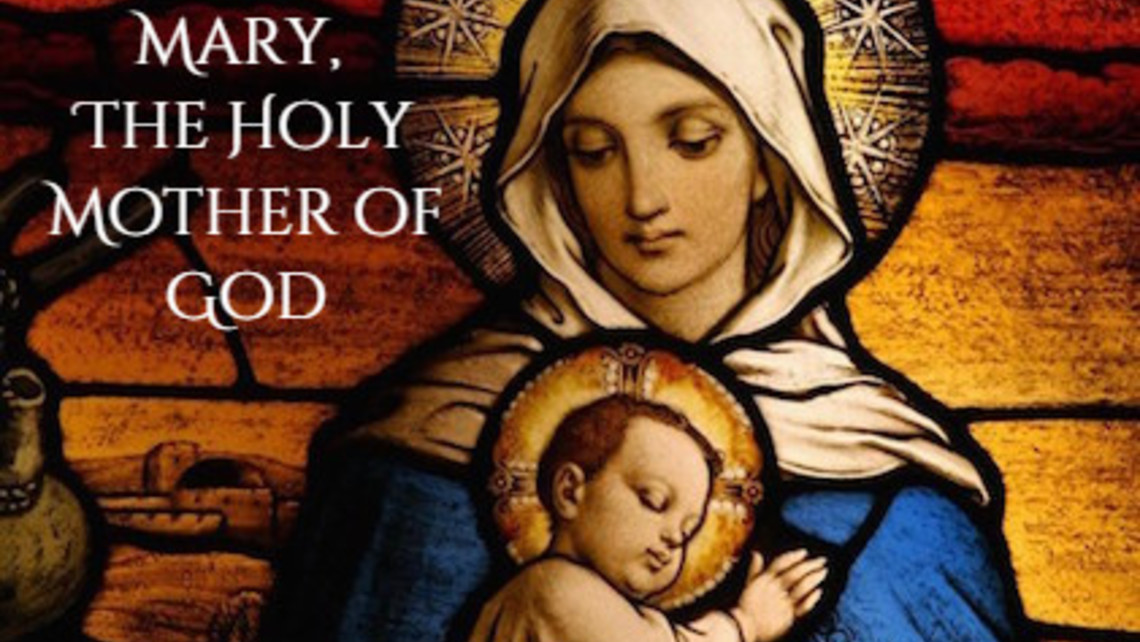 It is the Octave of Christmas: Our remembrance of Mary’s divine motherhood injects a further note of Christmas joy. It is a day of prayer for world peace: Mary is the mother of the Prince of Peace. It is the first day of a new year: Mary continues to bring new life to her children—who are also God’s children.

The Story of Mary, Mother of God

Mary’s divine motherhood broadens the Christmas spotlight. Mary has an important role to play in the Incarnation of the Second Person of the Blessed Trinity. She consents to God’s invitation conveyed by the angel (Luke 1:26-38). Elizabeth proclaims: “Most blessed are you among women and blessed is the fruit of your womb. And how does this happen to me, that the mother of my Lord should come to me?” (Luke 1:42-43, emphasis added). Mary’s role as mother of God places her in a unique position in God’s redemptive plan.

Without naming Mary, Paul asserts that “God sent his Son, born of a woman, born under the law” (Galatians 4:4). Paul’s further statement that “God sent the spirit of his Son into our hearts, crying out ‘Abba, Father!’” helps us realize that Mary is mother to all the brothers and sisters of Jesus.

Some theologians also insist that Mary’s motherhood of Jesus is an important element in God’s creative plan. God’s “first” thought in creating was Jesus. Jesus, the incarnate Word, is the one who could give God perfect love and worship on behalf of all creation. As Jesus was “first” in God’s mind, Mary was “second” insofar as she was chosen from all eternity to be his mother.

The precise title “Mother of God” goes back at least to the third or fourth century. In the Greek form Theotokos (God-bearer), it became the touchstone of the Church’s teaching about the Incarnation. The Council of Ephesus in 431 insisted that the holy Fathers were right in calling the holy virgin Theotokos. At the end of this particular session, crowds of people marched through the street shouting: “Praised be the Theotokos!” The tradition reaches to our own day. In its chapter on Mary’s role in the Church, Vatican II’s Dogmatic Constitution on the Church calls Mary “Mother of God” 12 times.

At the end of the fourth century, a woman named Etheria made a pilgrimage to Jerusalem. Her journal, discovered in 1887, gives an... END_OF_DOCUMENT_TOKEN_TO_BE_REPLACED

Would you like to support our parishes in... END_OF_DOCUMENT_TOKEN_TO_BE_REPLACED