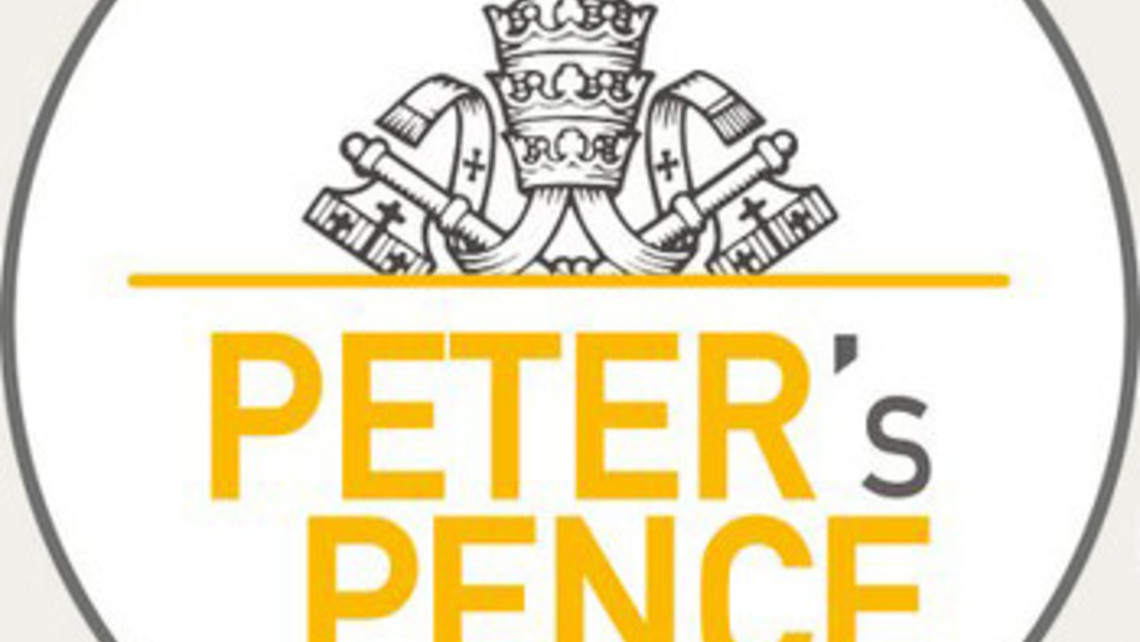 The Peters Pence Collection unites us in solidarity to the Holy See and its works of charity to those in need. Your generosity allows the Pope to respond to our suffering brothers and sisters with promptness, love, and compassion, so God’s people will not feel alone in their time of misfortune.

The Collection derives its name from an ancient custom. In the ninth-century, King Alfred the Great collected money – “pence” or pennies – from landowners as financial support for the Pope. Today, the Peter’s Pence Collection supports the Pope’s philanthropy by giving the Holy Father the means to provide emergency assistance to those in need because of natural disaster, war, oppression, and disease.

In the first year of his Pontificate, Pope Benedict XVI stressed the proper meaning of this offering:

“‘Peter’s Pence’ is the most characteristic expression of the participation of all the faithful in the Bishop of Rome’s charitable initiatives in favour of the universal Church. The gesture has not only a practical value, but also a strong symbolic one, as a sign of communion with the Pope and attention to the needs of one’s brothers; and therefore your service possesses a refined ecclesial character”. (Address to the Members of the St Peter Circle, 25 February 2006).

The ecclesial value of this gesture becomes evident when one considers how charitable initiatives are connatural to the Church, as the Pope stated in his first Encyclical Deus caritas est (25 December 2005):

“The Church can never be exempted from practising charity as an organized activity of believers and, on the other hand, there will never be a situation where the charity of each individual Christian is unnecessary, because in addition to justice man needs, and will always need, love” (No. 29)

This aid is always animated by that love which comes from God:

“For this reason, it is very important that the Church’s charitable activity maintains all of its splendour and does not become just another form of social assistance” (...) “The Christian’s programme — the programme of the Good Samaritan, the programme of Jesus — is ‘a heart which sees’. This heart sees where love is needed and acts accordingly” (ibidem, No. 31).

Former Pontiffs have manifested their attention to the Peter’s Pence Collection as a form of support given by believers to the Successors of St Peter’s ministry to the universal Church. Pope John Paul II, for example, stated:

“You are aware of the growing needs of the apostolate, the requirements of the ecclesial communities, especially in mission countries, and the requests for aid that come from peoples, individuals and families in precarious conditions. Many expect the Apostolic See to give them the support they often fail to find elsewhere.
In this perspective the Peter’s Pence Collection is a true and proper participation in the work of evangelization, especially if one considers the meaning and importance of concretely sharing in the concerns of the universal Church” (Pope John Paul II to the St Peter’s Circle, 28 February 2003).

The faithful’s offerings to the Holy Father are destined to Church needs, to humanitarian initiatives and social promotion projects, as well as to the support of the Holy See. The Pope, being Pastor of the whole Church, is attentive to the material needs of poor dioceses, religious institutes and of faithful in grave difficulties (the poor, children, the elderly, those marginalized and the victims of war or natural disasters; concrete aid to Bishops or dioceses in need, Catholic education, assistance to refugees and immigrants, etc.).

The general criterion that inspires the Peter’s Pence Collection is derived from the primitive Church:

“The primary source of support for the Apostolic See should be in offerings freely given by Catholics throughout the whole world, and by other persons of good will. This is in harmony with a tradition dating back to the Gospel (cf. Lk 10:7) and the teaching of the Apostles (cf. 1 Cor 9:11-14)” (Letter of Pope John Paul II to the Cardinal Secretary of State, 20 November 1982).

Let’s help the Holy Father to help others!

Your contribution, however small, is important.

The life of Anthony will remind many people of Saint Francis of Assisi. At 20, Anthony... END_OF_DOCUMENT_TOKEN_TO_BE_REPLACED

Due to the high Covid-19 rates, the decision has been made to postpone the Parish Get-Together due to take place at St Gregory’s hall... END_OF_DOCUMENT_TOKEN_TO_BE_REPLACED