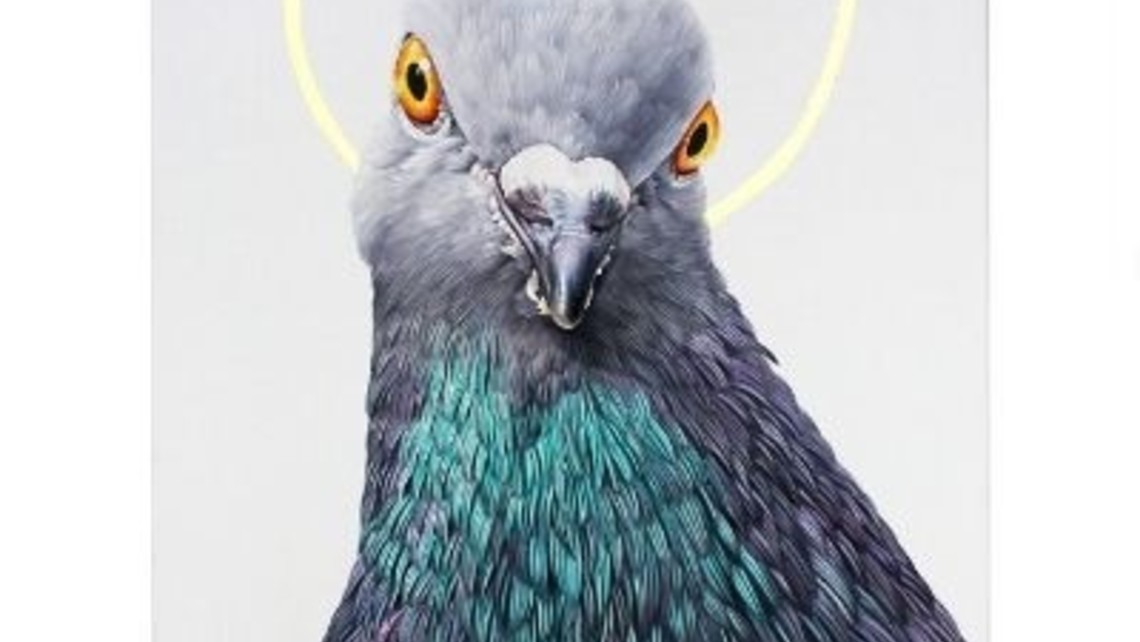 A pigeon appeared on Friday in St Osmund’s. We shall call him Harry for contact tracing purposes. Much to the consternation of the stewards on duty Harry was not booked in for Mass nor did he sanitise his claws on the way in. A senior member of the Pastoral Team with the aid of a long brush tried to escort Harry through the exit door, however Harry decided to perch on a light in the nave.  Fear not he was at two metre distance throughout.

A kind parishioner devised a plan which involved a volunteer giving up his cheese sandwich which was placed by the exit door to encourage Harry to leave the premises. This failed, Harry was not interested, perhaps he doesn’t like cheese.

Later in the day another kind parishioner suggested we turned the light on upon which Harry was sat. The theory being it might get to warm for him and hence create some movement. After two hours it was apparent Harry found this very comfortable indeed.

After Mass that evening Fr Saji tried to coax it with some gentle words and sounds, but Harry was having none of it and remained perched. So, the church was locked for the night.

On Saturday morning (8 August) Harry was found still perched having made a large deposit (not of money) and also against government guidelines Harry was not wearing a mask.  Just prior to the 10 am Mass Fr Jonathan from sanctuary gave Harry a disapproving stare, but Harry remained unmoved.

After Mass and when everyone had left the volunteer from the Newman room decided it was time for a man to man chat. It was explained to Harry that he could leave by the open exit door sanitising his claws on the way out or he was in danger of becoming pigeon pie.

Angels—messengers from God—appear frequently in Scripture, but only Michael, Gabriel and Raphael are named.... END_OF_DOCUMENT_TOKEN_TO_BE_REPLACED

Matthew was a Jew who worked for the occupying Roman forces, collecting taxes from other Jews. The Romans... END_OF_DOCUMENT_TOKEN_TO_BE_REPLACED

Our Lady of Sorrows