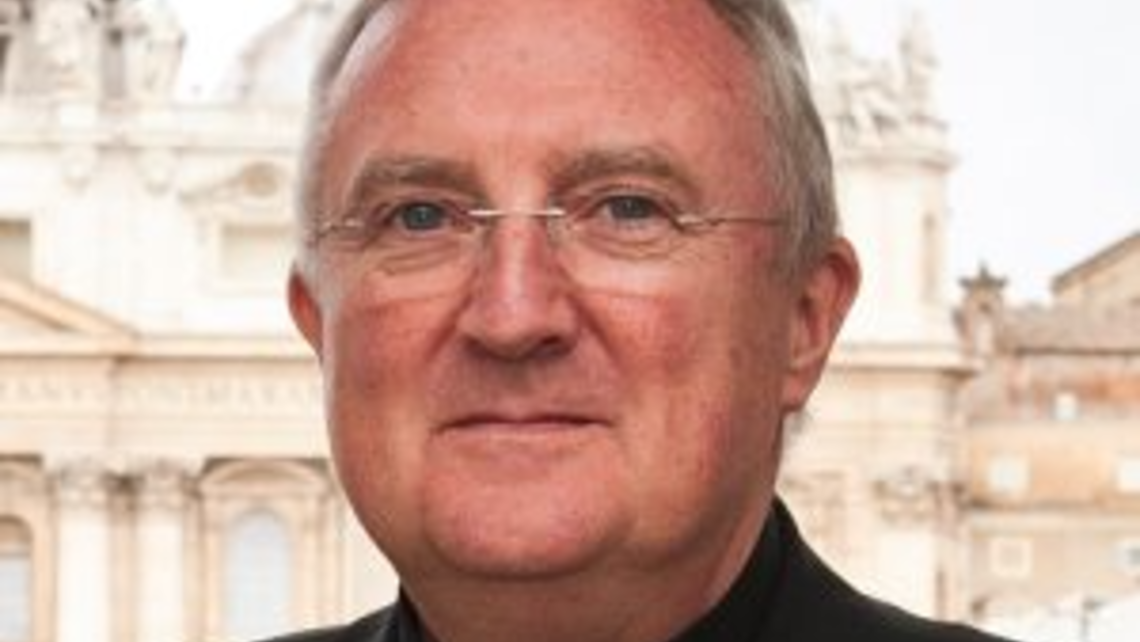 Archbishop Arthur Roche, Prefect of the Congregation for Divine Worship and the Discipline of the Sacraments, will be elevated to the rank of Cardinal in a Consistory on Saturday, 27 August 2022.

Pope Francis has announced the forthcoming creation of 21 Cardinals from around the world.

On Saturday, 27 August, I will hold a Consistory for the creation of new Cardinals. Let us pray that they will help me in my mission as Bishop of Rome for the good of all God’s people.

Two days after the Consistory, on 29-30 August, the Pope will meet with all the cardinals to reflect on the new Apostolic Constitution Praedicate evangelium.

Eight of the newly named Cardinals are from Europe, six from Asia, two from Africa, one from North America, and four from Central and Latin America.

Archbishop Arthur Roche, STB, STL was born in Batley, West Yorkshire on 6 March 1950, the youngest child of the late Arthur and Frances Roche; his elder brother, Brian died at an early age, killed while on military service in the Far East, while his married sister, Margaret, lives in West Yorkshire. Archbishop Roche was educated at St Joseph’s Primary School, Batley Carr, St John Fisher High School, Dewsbury and Christleton Hall, near Chester before he embarked on his studies for the priesthood in 1969.

He spent the next six years in Spain, at St Alban’s College, Valladolid, during which time he obtained a degree in theology from the University of Comillas. He was ordained priest for the Diocese of Leeds by Bishop William Gordon Wheeler at St Joseph’s, Batley Carr on 19 July 1975.In August 1975

Fr Roche became assistant priest in the parish of Holy Rood, Barnsley. At the beginning of 1978 he moved to Bishop’s House, Thorner on his appointment as Secretary to Bishop Wheeler. He also became chaplain to St John Bosco School, Leeds and in 1979 he was appointed Vice-Chancellor of the Diocese. From 1981-86 he edited the annual Leeds Diocesan Directory. In February 1982 he assumed responsibility for organising the Visit of Pope St John Paul II to York in May of that year. With the completion of this assignment in the late summer of 1982 he joined the staff at Leeds Cathedral, where he remained for the next six-and-a-half years.

Bishop David Konstant appointed Fr Roche as Diocesan Financial Secretary for a five-year period starting in August 1986. During this period he also became Parish Priest of St Wilfrid’s, Leeds in January 1989. In the autumn of 1991 he relinquished these posts in order to pursue further studies in theology at the Pontifical Gregorian University in Rome. He took up residence at the Venerable English College and in 1992 he joined the staff of the college as Spiritual Director. In April 1996 it was announced that Fr Roche was to be the new General Secretary of the Catholic Bishops’ Conference of England and Wales.

On 12 April 2001, he was appointed to the See of Westminster as Auxiliary Bishop to Cardinal Cormac Murphy-O’Connor and was given the Titular See of Rusticiana. His Episcopal Ordination took place at Westminster Cathedral on 10 May 2001.

During 2001-02 Bishop Roche served as Chairman of the Pastoral Affairs Committee of the Diocese of Westminster as well as the Diocesan Finance Committee and the Catholic Children’s Society in Westminster. He was also a member of the Bishop’s Special Commission on Seminaries which reported in May 2002.

It was announced on 16 July 2002 that Pope St John Paul II had appointed Bishop Roche as Coadjutor Bishop of Leeds. This was the first time such an appointment had been made in the Diocese of Leeds since that of Bishop Cowgill in 1905 who succeeded Bishop Gordon in 1911 and was Bishop of Leeds for the next quarter of a century.

On 7 April 2004, following the retirement of Bishop Konstant, Bishop Roche became the ninth Bishop of Leeds.

From 2002, Bishop Roche was Chairman of the International Commission for English in the Liturgy, of which he was appointed a member in 2001. Nationally, Bishop Roche was Chairman of the Department of Christian Life and Worship, a post he held from 2004, and was a member of the Standing Committee of the CBCEW. He was also one of the three bishops responsible for the English Colleges in Rome and Valladolid and the Beda College in Rome.

His interests include gardening, walking, travel and painting.

He was a Patron of the Society of St Gregory, Bradford Churches for Dialogue and Diversity, STOP Project (Start Treating Others Positively), the College of Preachers, Chapeltown Harehills Assisted Learning Computer School, The Yorkshire Pride Appeal (Yorkshire County Cricket Club). He was Chairman of the Leeds Diocesan Trust and a Trustee of the English Colleges in Valladolid and Rome.

He was Chairman of the Board of Governors of Leeds Trinity University College, Horsforth, and of Catholic Care, Leeds.On 26 June 2012 Bishop Roche was appointed as Secretary of the Congregation for Divine Worship and the Discipline of the Sacraments by Pope Benedict XVI and raised to the title of Archbishop, Bishop Emeritus of Leeds.

Archbishop Roche served in the role for almost nine years before Pope Francis appointed him Prefect of the Congregation on Tuesday 25 May 2021.

END_OF_DOCUMENT_TOKEN_TO_BE_REPLACED

The UK’s plans to forcibly deport to Rwanda some of those seeking refuge in our country is shamefully illustrative of what Pope Francis has... END_OF_DOCUMENT_TOKEN_TO_BE_REPLACED

The gospel call to leave everything and follow Christ was the rule of Saint Anthony of... END_OF_DOCUMENT_TOKEN_TO_BE_REPLACED