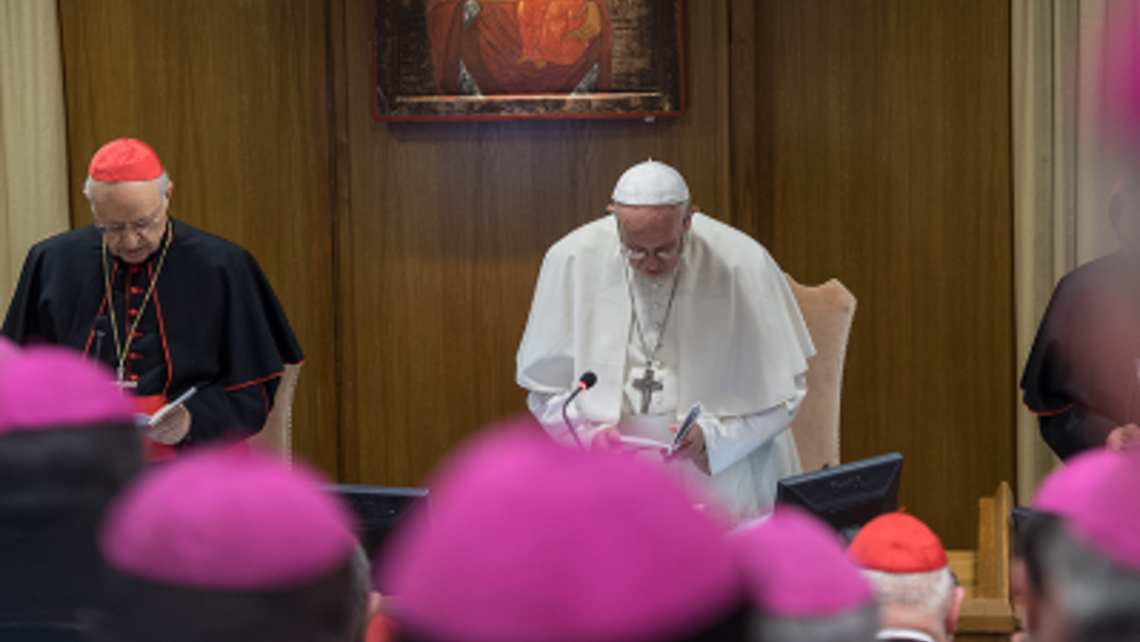 The Synod of Bishops’ meetings in the Vatican—originally scheduled to be held in October 2023—will now also take place in October 2024, as part of the same Synod but held in 2 sessions.

Pope Francis announced the extension of the Synod on Synodality when speaking to pilgrims in St. Peter’s Square at the Angelus address on Sunday.

He noted that the first phase of the 16th Ordinary General Assembly of the Synod of Bishops opened on 10 October 2021, which is focused on listening and discernment.

The Pope said there are already many first fruits from the ongoing Synod, but added that more time is needed in order for them to become fully mature.

“In order to provide more time for extended discernment, I have established that this Synodal Assembly will take place in two sessions: The first on 4-29 October 2023 and the second in October 2024.”

Pope Francis said he hoped this decision will “favor the comprehension of synodality as a constitutive element of the Church, and help everyone to live it as a journey of brothers and sisters who bear witness to the joy of the Gospel.”

Following the Pope’s announcement, the General Secretariat of the Synod released a press communique to explain the decision, saying the Apostolic Constitution Episcopalis Communio allows for the possibility of multiple sessions of the same Synod.

“This decision stems from the desire that the theme of a Synodal Church, because of its breadth and importance, might be the subject of prolonged discernment not only by the members of the Synodal Assembly, but by the whole Church.”

The Synod Secretariat said the extension fits in well with the ongoing synodal journey, since the Synod is “not an event but a process in which the whole People of God is called to walk together toward what the Holy Spirit helps it to discern as being the Lord’s will for His Church.”

The pair of sessions spread out over a year will therefore form a “journey within the journey” with the goal of fostering a more mature reflection.

END_OF_DOCUMENT_TOKEN_TO_BE_REPLACED

Time to Start School? If you have a child born between 1 September 2018 and 31 August 2019, then now is the time to... END_OF_DOCUMENT_TOKEN_TO_BE_REPLACED

Following the talk on The Holy Land last weekend we have on sale in the Parish Office a beautiful prayer resource at a reduced... END_OF_DOCUMENT_TOKEN_TO_BE_REPLACED