The responsibility of the leaders of nations 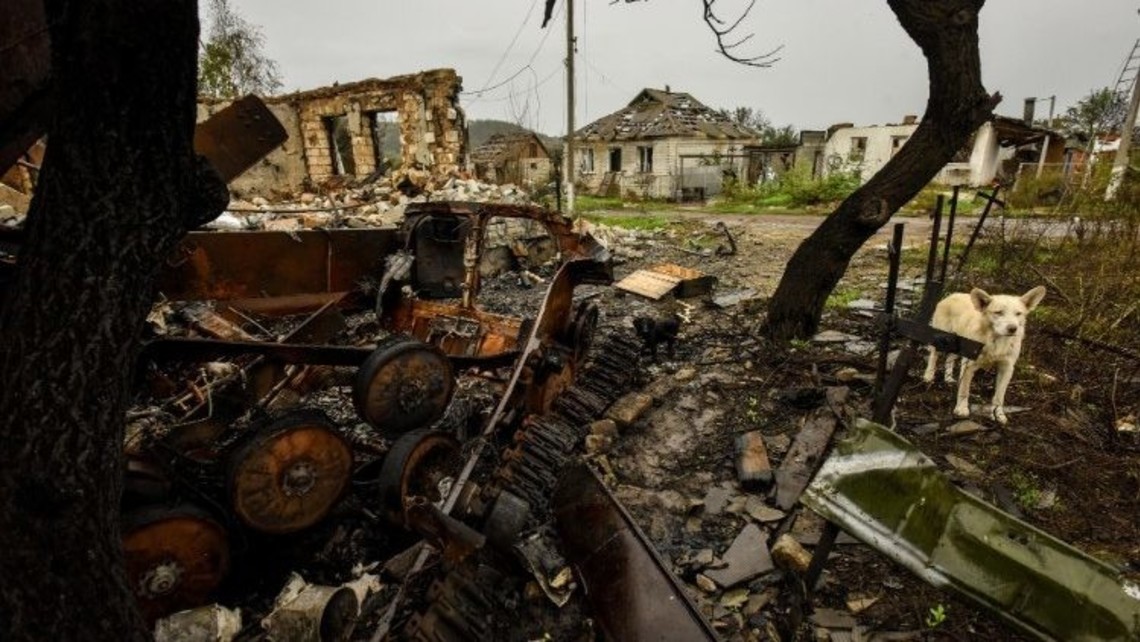 Pope Francis’ appeal during the Angelus on the 2 October is a call to stop the war machine that is dragging the world toward an abyss with no return.

The decision to devote the entire traditional Sunday Angelus catechesis to an appeal for peace conveys how serious Pope Francis considers the threat hanging over the world. It had happened only once before, in the first months of his pontificate, concerning the war in Syria. However, the two situations are not comparable, and today's appears more threatening because of its possible catastrophic consequences.

The Pope's two appeals - first to the president of the Russian Federation to stop this spiral of violence and death “for the sake of his own people” and then to the president of Ukraine not to close the door to “serious proposals for peace,” were accompanied by an equally vigorous and concerned appeal to political leaders of nations to do everything possible to stop this war that has broken out in the heart of Christian Europe and not to get involved in a dangerous escalation.

These are weighty words, reminding everyone how the protagonists of a negotiated solution in this conflict that has resulted in the deaths of thousands of innocents, millions of displaced people, the destruction of a country, and now threaten to drag the whole world towards the abyss of nuclear holocaust, cannot only be the leaders of the two nations directly involved.

It is also incumbent on others to forcefully call for a cease-fire and to promote initiatives of dialogue to make what Pope Francis calls "patterns of peace" prevail, instead of continuing to apply "patterns of war" while remaining subservient to a mad arms race that is hastily putting aside the ecological transition along with hopes for an international order that is no longer based on the law of the strongest and old military alliances.

Week after week, month after month, since that 24 February that marked the beginning of the war which began with the Russian invasion of Ukraine, everything has seemed to spiral downward as if by inertia, as if the only possible outcome was victory for one over the other. There has been a lack of diplomatic creativity and courage to bet on peace. More so, the foresight has been lacking to ask what future lies ahead for Europe and the world.

Last April, within a day of each other, first the President of the Italian Republic, Sergio Mattarella, and then the Secretary of State of the Holy See, Pietro Parolin, made reference to the Helsinki Accords that in 1975 marked a significant turning point for Europe, then separated by the Iron Curtain, and for the world divided into two major blocs. Pope Francis spoke about this on 14 September from the capital of Kazakhstan, calling for a new "spirit of Helsinki" and asking that the strengthening of opposing blocs be avoided.

The Pope’s appeal at the Angelus on Sunday, 2 October, is a call in extremis to everyone's sense of responsibility so that the common interest of humanity prevails over the particular interests of the great powers. There is still time.

At the end of the fourth century, a woman named Etheria made a pilgrimage to Jerusalem. Her journal, discovered in 1887, gives an... END_OF_DOCUMENT_TOKEN_TO_BE_REPLACED

Would you like to support our parishes in... END_OF_DOCUMENT_TOKEN_TO_BE_REPLACED