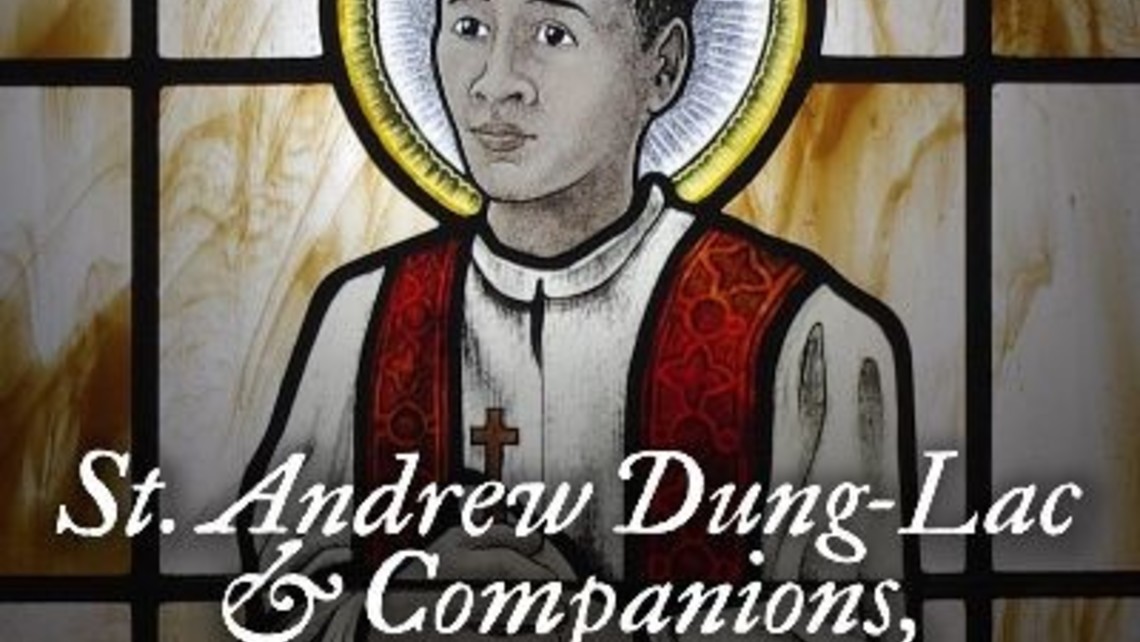 Andrew Dung-Lac, a Catholic convert ordained to the priesthood, was one of 117 people martyred in Vietnam between 1820 and 1862. Members of the companions group gave their lives for Christ in the 17th, 18th, and 19th centuries, and received beatification during four different occasions between 1900 and 1951. All were canonized during the papacy of Saint John Paul II.

Christianity came to Vietnam through the Portuguese. Jesuits opened the first permanent mission at Da Nang in 1615. They ministered to Japanese Catholics who had been driven from Japan.

Severe persecutions were launched at least three times in the 19th century. During the six decades after 1820, between 100,000 and 300,000 Catholics were killed or subjected to great hardship. Foreign missionaries martyred in the first wave included priests of the Paris Mission Society, and Spanish Dominican priests and tertiaries.

In 1832, Emperor Minh-Mang banned all foreign missionaries, and tried to make all Vietnamese deny their faith by trampling on a crucifix. Like the priest-holes in Ireland during English persecution, many hiding places were offered in homes of the faithful.

Persecution broke out again in 1847, when the emperor suspected foreign missionaries and Vietnamese Christians of sympathizing with a rebellion led by of one of his sons.

The last of the martyrs were 17 laypersons, one of them a 9-year-old, executed in 1862. That year a treaty with France guaranteed religious freedom to Catholics, but it did not stop all persecution.

By 1954, there were over a million Catholics—about seven percent of the population—in the north. Buddhists represented about 60 percent. Persistent persecution forced some 670,000 Catholics to abandon lands, homes and possessions and flee to the south. In 1964, there were still 833,000 Catholics in the north, but many were in prison. In the south, Catholics were enjoying the first decade of religious freedom in centuries, their numbers swelled by refugees.

During the Vietnamese war, Catholics again suffered in the north, and again moved to the south in great numbers. Now reunited, the entire country is under Communist rule.

27 MAY FEAST OF JESUS CHRIST, THE ETERNAL HIGH PRIEST.

It’s not often in one... END_OF_DOCUMENT_TOKEN_TO_BE_REPLACED

St Dunstan was the son of Heorstan, Anglo-Saxon nobleman, born in the early 10th century near Glastonbury during the reign of King Athelstan.... END_OF_DOCUMENT_TOKEN_TO_BE_REPLACED

According to Acts 1:15-26, during the days after the Ascension Peter stood up in the midst of the brothers—about 120... END_OF_DOCUMENT_TOKEN_TO_BE_REPLACED