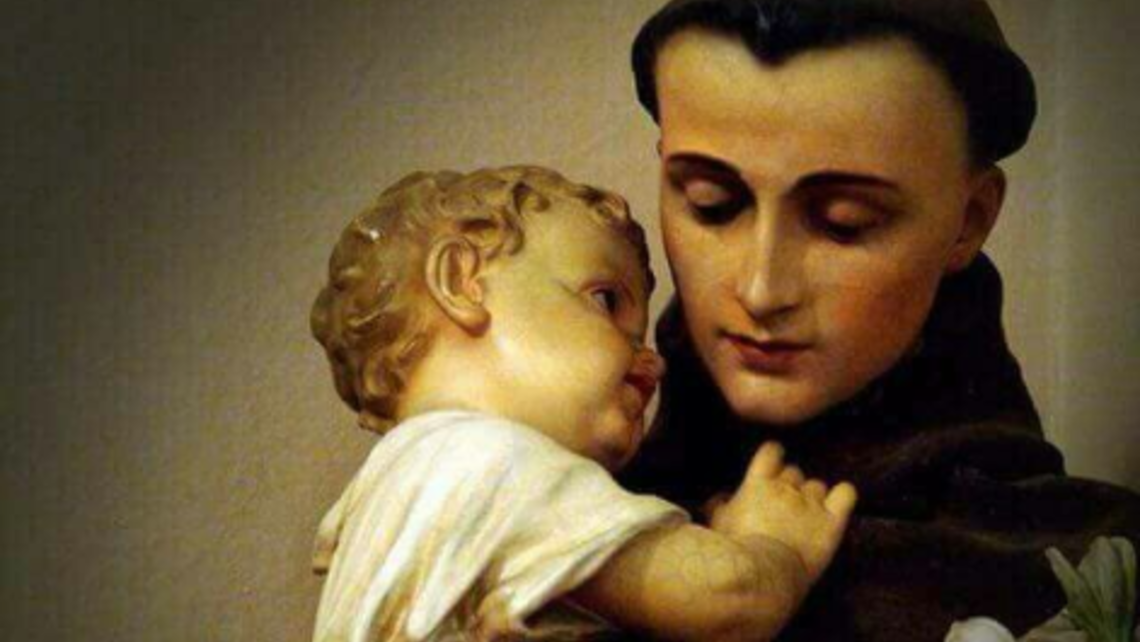 The gospel call to leave everything and follow Christ was the rule of Saint Anthony of Padua’s life. Over and over again, God called him to something new in his plan. Every time Anthony responded with renewed zeal and self-sacrificing to serve his Lord Jesus more completely.

His journey as the servant of God began as a very young man when he decided to join the Augustinians in Lisbon, giving up a future of wealth and power to be a servant of God. Later when the bodies of the first Franciscan martyrs went through the Portuguese city where he was stationed, he was again filled with an intense longing to be one of those closest to Jesus himself: those who die for the Good News.

So Anthony entered the Franciscan Order and set out to preach to the Moors. But an illness prevented him from achieving that goal. He went to Italy and was stationed in a small hermitage where he spent most of his time praying, reading the Scriptures and doing menial tasks.

The call of God came again at an ordination where no one was prepared to speak. The humble and obedient Anthony hesitantly accepted the task. The years of searching for Jesus in prayer, of reading sacred Scripture and of serving him in poverty, chastity, and obedience had prepared Anthony to allow the Spirit to use his talents. Anthony’s sermon was astounding to those who expected an unprepared speech and knew not the Spirit’s power to give people words.

Recognized as a great man of prayer and a great Scripture and theology scholar, Anthony became the first friar to teach theology to the other friars. Soon he was called from that post to preach to the Albigensians in France, using his profound knowledge of Scripture and theology to convert and reassure those who had been misled by their denial of Christ’s divinity and of the sacraments..

After he led the friars in northern Italy for three years, he made his headquarters in the city of Padua. He resumed his preaching and began writing sermon notes to help other preachers. In the spring of 1231 Anthony withdrew to a friary at Camposampiero where he had a sort of treehouse built as a hermitage. There he prayed and prepared for death.

On June 13, he became very ill and asked to be taken back to Padua, where he died after receiving the last sacraments. Anthony was canonized less than a year later and named a Doctor of the Church in 1946.

END_OF_DOCUMENT_TOKEN_TO_BE_REPLACED

The UK’s plans to forcibly deport to Rwanda some of those seeking refuge in our country is shamefully illustrative of what Pope Francis has... END_OF_DOCUMENT_TOKEN_TO_BE_REPLACED

Archbishop Arthur Roche, Prefect of the Congregation for Divine Worship and the Discipline of the Sacraments, will be elevated to the rank of Cardinal... END_OF_DOCUMENT_TOKEN_TO_BE_REPLACED