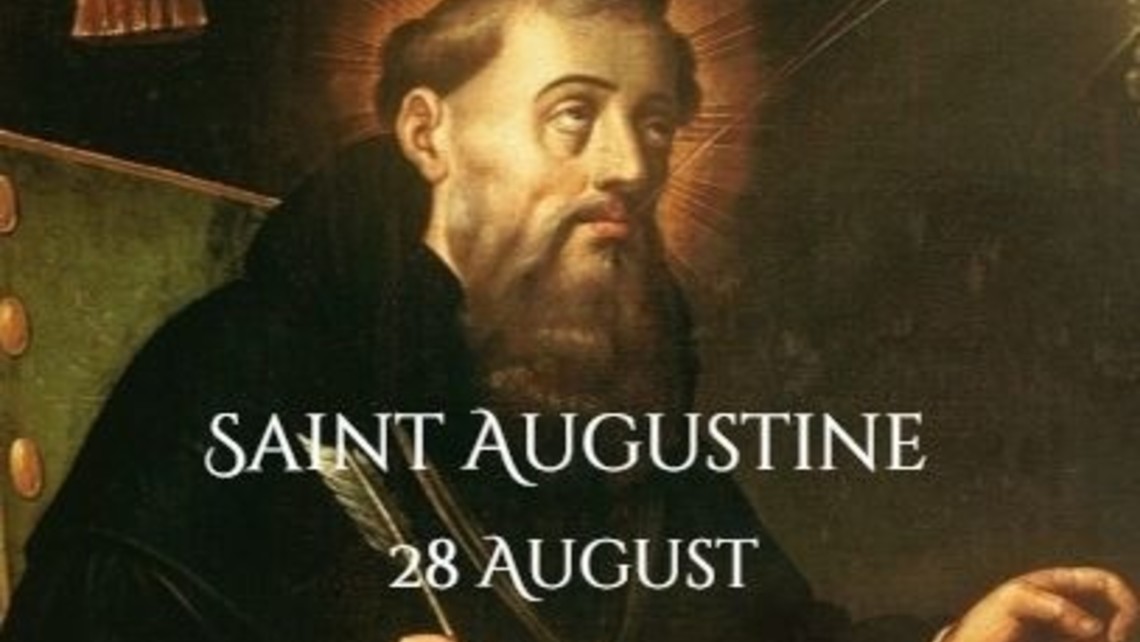 The story of Augustine's upbringing and conversion is well-known to many through his autobiographical “Confessions.” In that work, Augustine recounts his birth in 354 to his pagan father Patricius and Catholic mother Monica – later St. Monica – in the city of Tagaste. His parents' difficult marriage included a dispute over whether to baptize their children.

Augustine was nearly baptized during a childhood illness, but his father withdrew permission when he recovered. During his adolescence, Monica's Christian influence over her son's life began to wane, giving way to the self-interested pursuit of a secular education and career as well as social acceptance and romantic love.

At age 16, Augustine traveled to Carthage to continue his education in rhetoric. There, the young student indulged the desires of his heart and flesh, though he later admitted that this way of life brought him pain and torment along with its pleasure and satisfaction. He was, as he later wrote, “scourged with the burning iron rods of jealousy, suspicion, fear, anger, and strife.”

In 371, Augustine's father became a Catholic and received baptism. In his search for stability and meaning, however, Augustine became an adherent of the Manichaean religion. His entry into this sect, which regarded matter as evil and promoted “liberation” from the physical world, caused his mother intense grief. So too did Augustine's fathering of an illegitimate child.

Haunted by questions about the nature of good and evil, Augustine became disillusioned with Manichaeism. He turned to the later followers of Plato, whose concept of God agreed in some areas with Catholic doctrine. Augustine also turned his ear to the preaching of St. Ambrose of Milan, whose sermons removed some of his difficulties in believing the Bible.

As a professor of the liberal arts, Augustine appreciated these intellectual arguments for God's existence and Church teaching. Ultimately, however, his decision to be baptized would require a deeper conversion of his heart and will. This occurred in 386 when, at age 33, he tearfully agreed to abandon his personal vices and enter the Church.

The intellectually restless convert received Baptism from St. Ambrose on Easter of 387, shortly before the death of his holy and beloved mother Monica. Having abandoned his academic career and sold his possessions, Augustine soon began his work as a Catholic apologist and theologian. Not long after, a group of local believers persuaded him to enter the priesthood, which he did in 391.

From 396 until his death, Augustine served as the Bishop of Hippo in North Africa. He led a religious order of men who lived in apostolic poverty without personal possessions. He also led the local Church through challenging times that included the breakdown of Roman imperial authority and widespread confusion about basic Catholic beliefs.

As a bishop, Augustine presented the faith in a compelling and intelligent manner, while warning his flock – both verbally and in writing – about the danger of different heresies. These errors included Arianism, the denial that Jesus is God; Donatism, the belief that corrupt clergy have no authority; and Pelagianism, which denied original sin and taught that humans could achieve their own salvation.

In the last years of his life, Augustine saw the old Roman imperial order undergo a violent and chaotic transition with an uncertain outcome. The Church, too, continued to struggle despite his and other bishops' efforts. In the Vandal-besieged city of Hippo, St. Augustine died on August 28, 430.

The life of Anthony will remind many people of Saint Francis of Assisi. At 20, Anthony... END_OF_DOCUMENT_TOKEN_TO_BE_REPLACED

Due to the high Covid-19 rates, the decision has been made to postpone the Parish Get-Together due to take place at St Gregory’s hall... END_OF_DOCUMENT_TOKEN_TO_BE_REPLACED