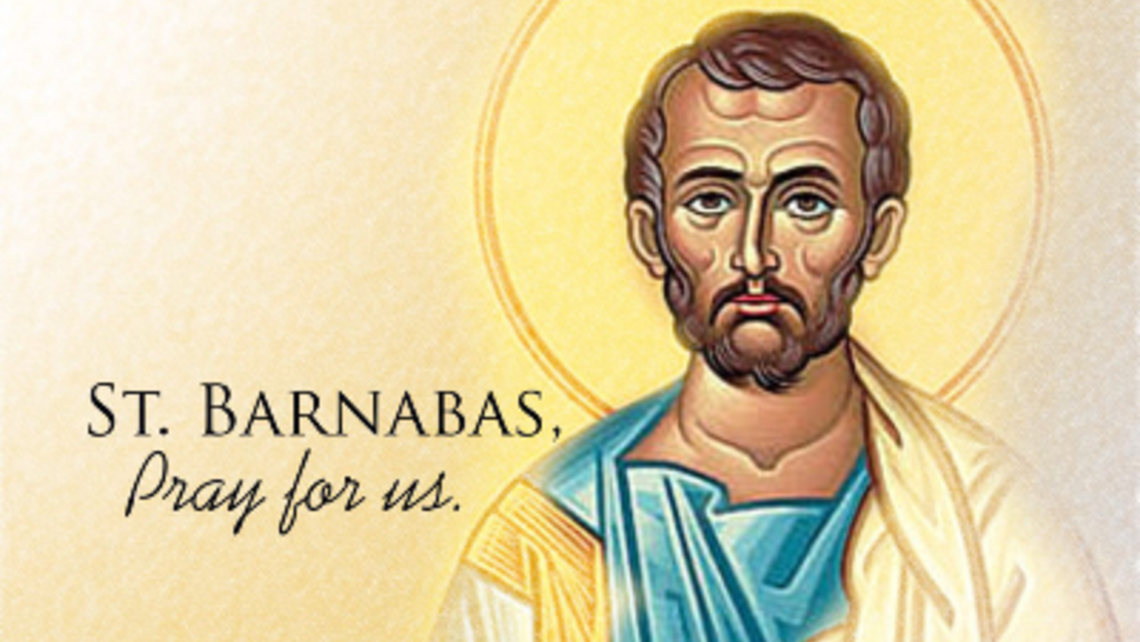 It is after Christianity took root at Antioch, which was home to non-Jews, that the church at Jerusalem sent Barnabas there to take charge of evangelization. He was helped by St Paul to put the Church there in order. It is during this period that the members of the Church community were first called “Christians.”

Around 50 AD, Barnabas and Paul were sent to Jerusalem to consult with the Church there regarding how the Gentiles were to relate to the church. This matter was settled and they returned to Antioch with a verdict that the Gentiles did not have to adopt Jewish practices in order to be admitted into the church.

In 1 Corinthians St Paul says that he and Barnabas funded their missions by working extra time and went without wives and other benefits so that they may cause no hindrance to the Good News of Christ.

One time, while at Antioch, St Peter came and freely mingled with the Gentiles and ate with them, until he was told that was against Mosaic law by some disciples of James. Peter gave in to their criticism and stopped eating with the Gentiles. Barnabas followed suit and this displeased St Paul until he scolded them before the whole church for “not walking uprightly according to the truth of the gospel”.

Later on, Paul requested Barnabas to accompany him on another journey. Barnabas wanted to tag John Mark along, but Paul was against it. This dispute resulted in Paul and Barnabas going to different routes.

Barnabas tagged John Mark along and headed to Cyprus while Paul, concerned by the stance Barnabas and Peter had taken against the Gentiles, took Silas as his companion, and went to Syria and Cilicia. Paul felt that stance would negatively influence his evangelization work among the Gentiles.

It is believed that Barnabas preached in Alexandria and Rome, and was stoned to death and died as a martyr at Salamis about 61 AD. He is the founder of the Cypriot Orthodox Church and Acts 11:24 describes him as “a good man, full of the Holy Spirit and of faith”. In Greek, the name Barnabas means “son of encouragement” or “son of consolation”.

Barnabas was one of the very earliest followers of Jesus and a leader of the early church. His story is told in the Acts of the Apostles and he is also mentioned in some of Paul’s letters.

Originally called Joseph, he was given his new name of Barnabas by those who knew him well, it means ‘son of encouragement’.

His new name certainly fits what we know of his character and actions.

We first hear of Barnabas in the New Testament due to his simple act of stewardship and sharing. He sold land he owned and donates the proceeds to the church to be used to support the poor.

Barnabas was courageous in God’s service

When Paul came to Jerusalem after his conversion, most of the Christians there wanted nothing to do with him for they had known him as a persecutor of Christians.

But Barnabas, guided by God was willing to take a calculated risk on Paul.

He sought Paul out, spoke with him, and having weighed him up, vouched for him.

We owe much of our New Testament to the work of Paul and in his preaching and evangelism he was used by God in the creation of many of the early Christian communities. Imagine if Barnabas had not been willing to obey God’s call?

Barnabas was generous and compassionate

On one journey they took a young man called Mark with them. This travelling ministry was tough and dangerous; they literally were risking their lives.

When Paul and Barnabas were about to set out again, Barnabas suggested taking Mark along again. Paul was against it, saying that Mark was not dependable. But Barnabas wanted to give Mark a second chance, and so he and Mark went off on one journey, while Paul took Silas and went on another.

Apparently Mark responded well to the trust given him by Barnabas, the "son of encouragement," since we find that Paul recognises the change in Mark and later speaks of him as a valuable assistant.

Barnabas rejoiced in what God did in and through other people

Barnabas, who became one of the leaders of the Church was asked to help in the growth of a new congregation in Antioch. He didn’t arrive thinking he’d whip them into shape, instead we read, ‘he came and saw the grace of God, he rejoiced and he exhorted them all to remain faithful to the Lord with steadfast devotion.’

Barnabas called Paul over to help in this work at Antioch and both he and Paul grew in their faith and ministry. And the Church grew too:  a great many people became Christians – indeed it was here at Antioch that the followers of Jesus were first called ‘Christians’.

Born in Cyprus, Barnabas also died there in AD 61 when he was martyred for his faith.

We celebrate his life and example  particularly on  his feast day which is 11th June.

END_OF_DOCUMENT_TOKEN_TO_BE_REPLACED

The UK’s plans to forcibly deport to Rwanda some of those seeking refuge in our country is shamefully illustrative of what Pope Francis has... END_OF_DOCUMENT_TOKEN_TO_BE_REPLACED

The gospel call to leave everything and follow Christ was the rule of Saint Anthony of... END_OF_DOCUMENT_TOKEN_TO_BE_REPLACED