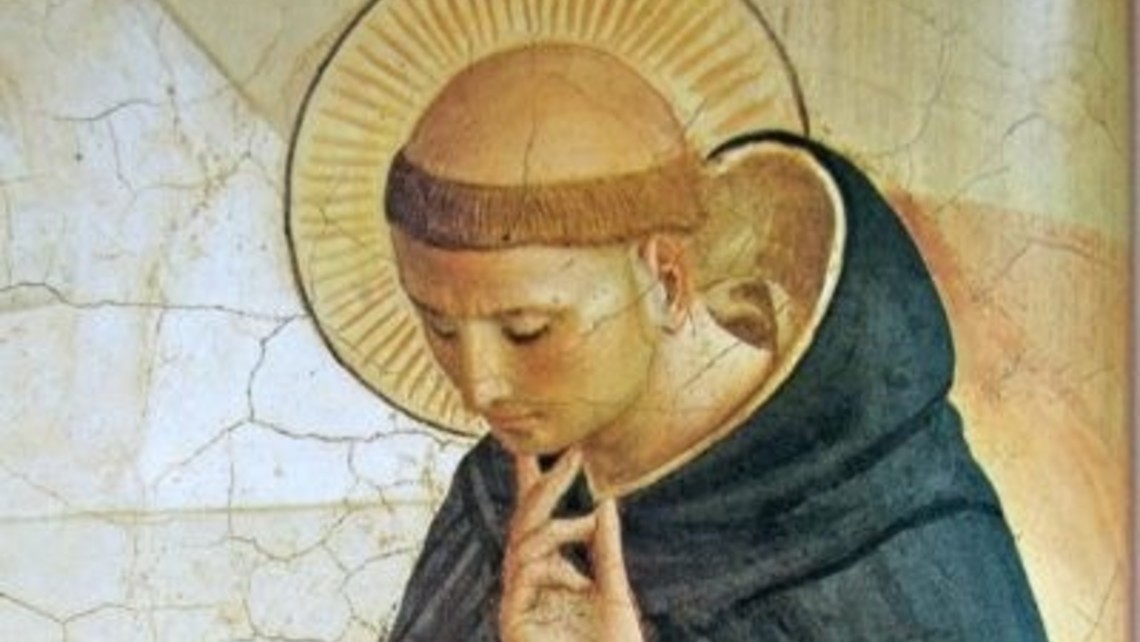 If he hadn’t taken a trip with his bishop, Dominic would probably have remained within the structure of contemplative life; after the trip, he spent the rest of his life being a contemplative in active apostolic work.

Born in old Castile, Spain, Dominic was trained for the priesthood by a priest-uncle, studied the arts and theology, and became a canon of the cathedral at Osma, where there was an attempt to revive the apostolic common life described in Acts of the Apostles.

On a journey through France with his bishop, Dominic came face to face with the then virulent Albigensian heresy at Languedoc. The Albigensians–or Cathari, “the pure ones”–held to two principles—one good, one evil—in the world. All matter is evil—hence they denied the Incarnation and the sacraments. On the same principle, they abstained from procreation and took a minimum of food and drink. The inner circle led what some people regarded as a heroic life of purity and asceticism not shared by ordinary followers.

Dominic sensed the need for the Church to combat this heresy, and was commissioned to be part of the preaching crusade against it. He saw immediately why the preaching crusade was not succeeding: the ordinary people admired and followed the ascetical heroes of the Albigenses. Understandably, they were not impressed by the Catholic preachers who traveled with horse and retinues, stayed at the best inns and had servants. Dominic therefore, with three Cistercians, began itinerant preaching according to the gospel ideal. He continued this work for 10 years, being successful with the ordinary people but not with the leaders.

His fellow preachers gradually became a community, and in 1215 Dominic founded a religious house at Toulouse, the beginning of the Order of Preachers or Dominicans.

It is unfortunate that no contemporary biography was written of a man who has exercised the greatest influence... END_OF_DOCUMENT_TOKEN_TO_BE_REPLACED

END_OF_DOCUMENT_TOKEN_TO_BE_REPLACED

The UK’s plans to forcibly deport to Rwanda some of those seeking refuge in our country is shamefully illustrative of what Pope Francis has... END_OF_DOCUMENT_TOKEN_TO_BE_REPLACED