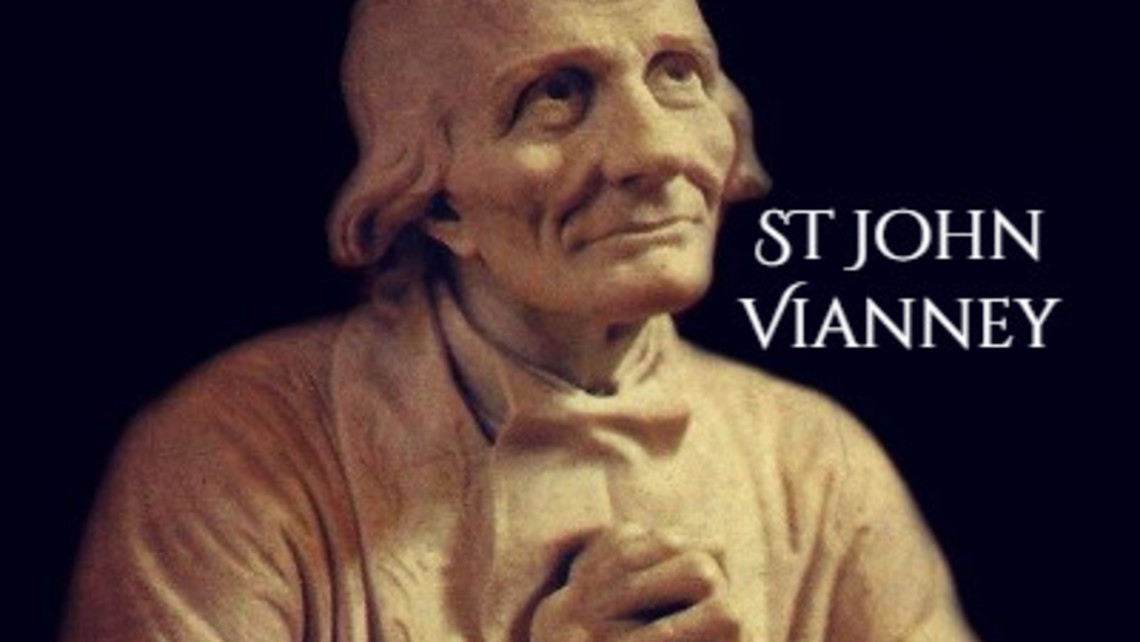 John Vianney was born a peasant in Dardilly, France, in 1786. As a youth, John shepherded sheep on his father’s farm. It was during the French Revolution, and it was illegal for Catholics to attend Mass at the time. But the Vianney family traveled distances every Sunday to worship and pray in secret. Because of this, young John saw priests as particularly heroic to the people. Even after the revolution ended, when religion could again be practiced openly, John felt drawn to the vocation of the priesthood.

In 1809, the French government drafted him into its army to fight a war for Napoleon. Although he was already involved in religious studies and should have been exempted from such service, soldiers were needed. Following an illness that separated him from his battalion, he became a deserter in the mountains, and during that time he opened a school for children in an isolated village. When the war ended and amnesty was granted to all deserters, John went to the seminary to become a priest.

Latin was so difficult for him to learn that he almost failed his studies. However, the bishop, seeing John’s goodness, went ahead and ordained him in 1815.

Soon John became the parish priest, or curé, in Ars, France. He had no gift for learning. But he did have the gift of understanding what was in people’s hearts and minds. That made him a wonderful confessor!

So people from all over France came to Ars and asked John to hear their confessions. Sometimes he spent as many as 16 hours in a day listening to people confess their sins. Through John, God’s mercy and love came to these people.

Next, John began a home and school for deserted and orphaned children. He was concerned that in the wake of war, many people in France had no true religious education, and he used his homilies to try to teach about the faith.

For 41 years, John served the tiny parish of Ars. Then on August 4, 1859, at the age of 73, he died. Throughout France, people knew the Curé d’Ars as a holy man. He had little learning, but he had much love, and thousands attended his funeral. He was canonized in 1925 and is the patron saint of priests.

John is a saint because his life was a heroic effort to live up to... END_OF_DOCUMENT_TOKEN_TO_BE_REPLACED

The Catholic Church teaches that the Blessed Virgin Mary was immaculately conceived, that is, from the time of her conception in her mother’s... END_OF_DOCUMENT_TOKEN_TO_BE_REPLACED

On Nov. 30, Catholics worldwide celebrate the feast of St. Andrew, apostle and martyr. A fisherman from Bethsaida and brother of Simon Peter,... END_OF_DOCUMENT_TOKEN_TO_BE_REPLACED