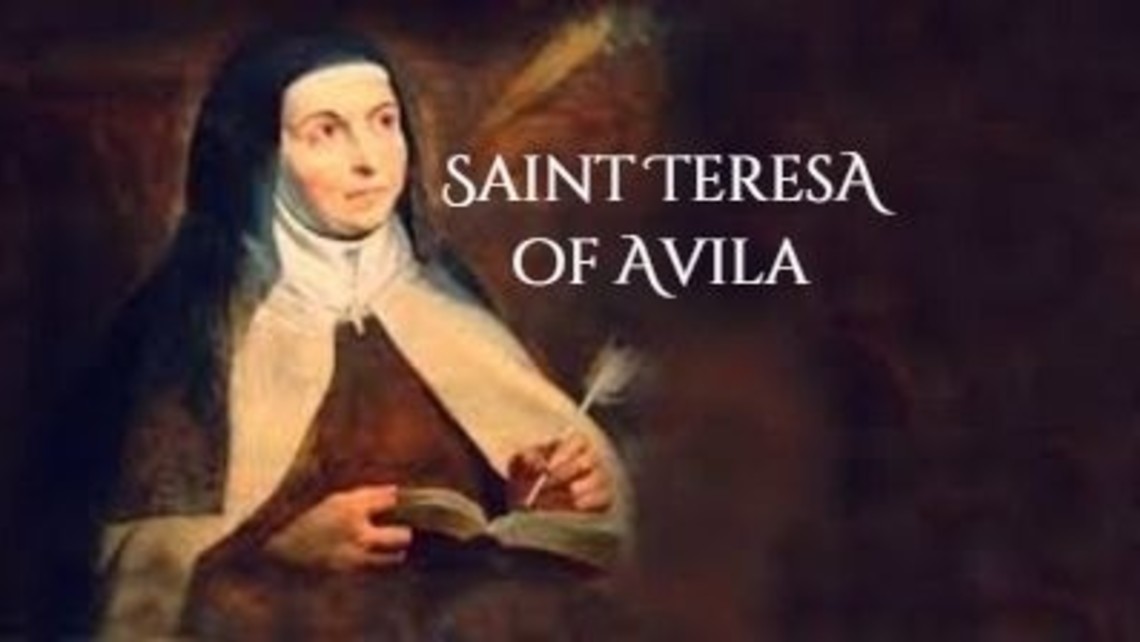 Teresa lived in an age of exploration as well as political, social, and religious upheaval. It was the 16th century, a time of turmoil and reform. She was born before the Protestant Reformation and died almost 20 years after the closing of the Council of Trent.

The gift of God to Teresa in and through which she became holy and left her mark on the Church and the world is threefold: She was a woman; she was a contemplative; she was an active reformer.

As a woman, Teresa stood on her own two feet, even in the man’s world of her time. She was “her own woman,” entering the Carmelites despite strong opposition from her father. She is a person wrapped not so much in silence as in mystery. Beautiful, talented, outgoing, adaptable, affectionate, courageous, enthusiastic, she was totally human. Like Jesus, she was a mystery of paradoxes: wise, yet practical; intelligent, yet much in tune with her experience; a mystic, yet an energetic reformer; a holy woman, a womanly woman.

Teresa was a woman “for God,” a woman of prayer, discipline, and compassion. Her heart belonged to God. Her ongoing conversion was an arduous lifelong struggle, involving ongoing purification and suffering. She was misunderstood, misjudged, and opposed in her efforts at reform. Yet she struggled on, courageous and faithful; she struggled with her own mediocrity, her illness, her opposition. And in the midst of all this she clung to God in life and in prayer. Her writings on prayer and contemplation are drawn from her experience: powerful, practical, and graceful. She was a woman of prayer; a woman for God.

Teresa was a woman “for others.” Though a contemplative, she spent much of her time and energy seeking to reform herself and the Carmelites, to lead them back to the full observance of the primitive Rule. She founded over a half-dozen new monasteries. She traveled, wrote, fought—always to renew, to reform. In her self, in her prayer, in her life, in her efforts to reform, in all the people she touched, she was a woman for others, a woman who inspired and gave life.

Her writings, especially the Way of Perfection and The Interior Castle, have helped generations of believers.

In 1970, the Church gave her the title she had long held in the popular mind: Doctor of the Church. She and St. Catherine of Siena were the first women so honored.

The name of Charles Borromeo is associated with reform. He lived during the time of the Protestant Reformation, and had a hand in... END_OF_DOCUMENT_TOKEN_TO_BE_REPLACED

All Saints' Day is a solemn holy day of the Catholic Church celebrated annually on November 1. The day is dedicated to the... END_OF_DOCUMENT_TOKEN_TO_BE_REPLACED

The Rosary Whirlwind Mission culminates in the ‘National Rosary Relay Rally’ across our dioceses and those of... END_OF_DOCUMENT_TOKEN_TO_BE_REPLACED