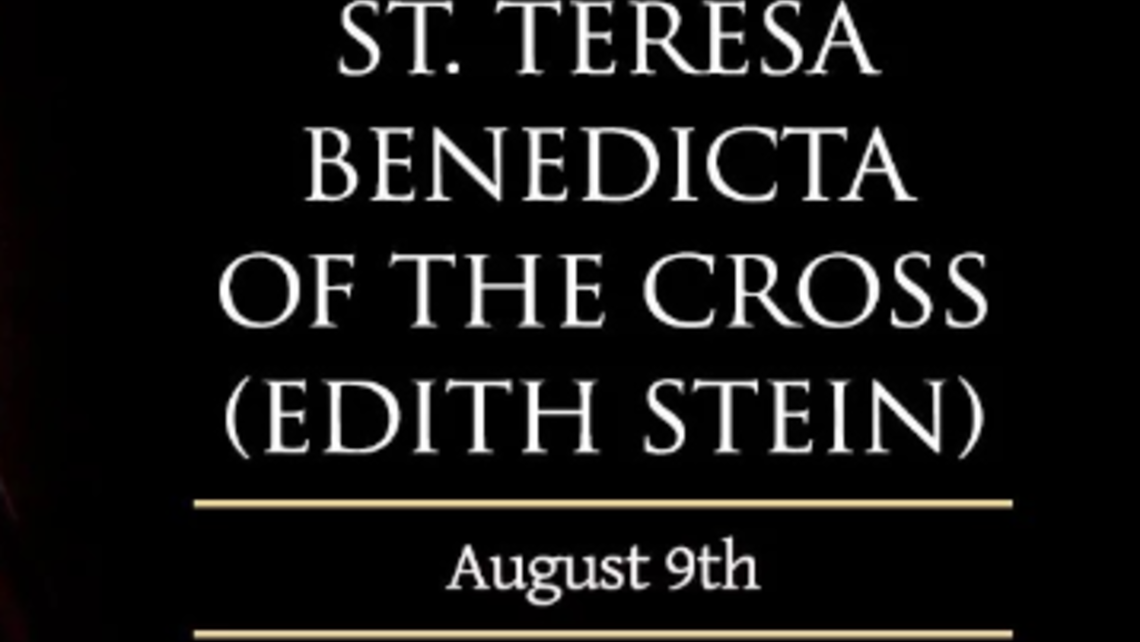 A brilliant philosopher who stopped believing in God when she was 14, Edith Stein was so captivated by reading the autobiography of Teresa of Avila that she began a spiritual journey that led to her baptism in 1922. Twelve years later she imitated Saint Teresa by becoming a Carmelite, taking the name Teresa Benedicta of the Cross.

Born into a prominent Jewish family in Breslau, Germany—now Wroclaw, Poland—Edith abandoned Judaism in her teens. As a student at the University of Göttingen, she became fascinated by phenomenology--an approach to philosophy. Excelling as a protégé of Edmund Husserl, one of the leading phenomenologists, Edith earned a doctorate in philosophy in 1916. She continued as a university teacher until 1922, when she moved to a Dominican school in Speyer; her appointment as lecturer at the Educational Institute of Munich ended under pressure from the Nazis.

After living for four years in the Cologne Carmel, Sister Teresa Benedicta moved to the Carmelite monastery in Echt, Netherlands, in 1938. The Nazis occupied that country in 1940. In retaliation for being denounced by the Dutch bishops, the Nazis arrested all Dutch Jews who had become Christians. Teresa Benedicta and her sister Rosa, also a Catholic, died in a gas chamber in Auschwitz on August 9, 1942.

Pope John Paul II beatified Teresa Benedicta of the Cross in 1987 and canonized her 12 years later.

Jesus Christ is a living, divine person who has... END_OF_DOCUMENT_TOKEN_TO_BE_REPLACED

John Vianney was born a peasant in Dardilly, France, in 1786. As a youth, John shepherded sheep on his father’s farm. It was... END_OF_DOCUMENT_TOKEN_TO_BE_REPLACED