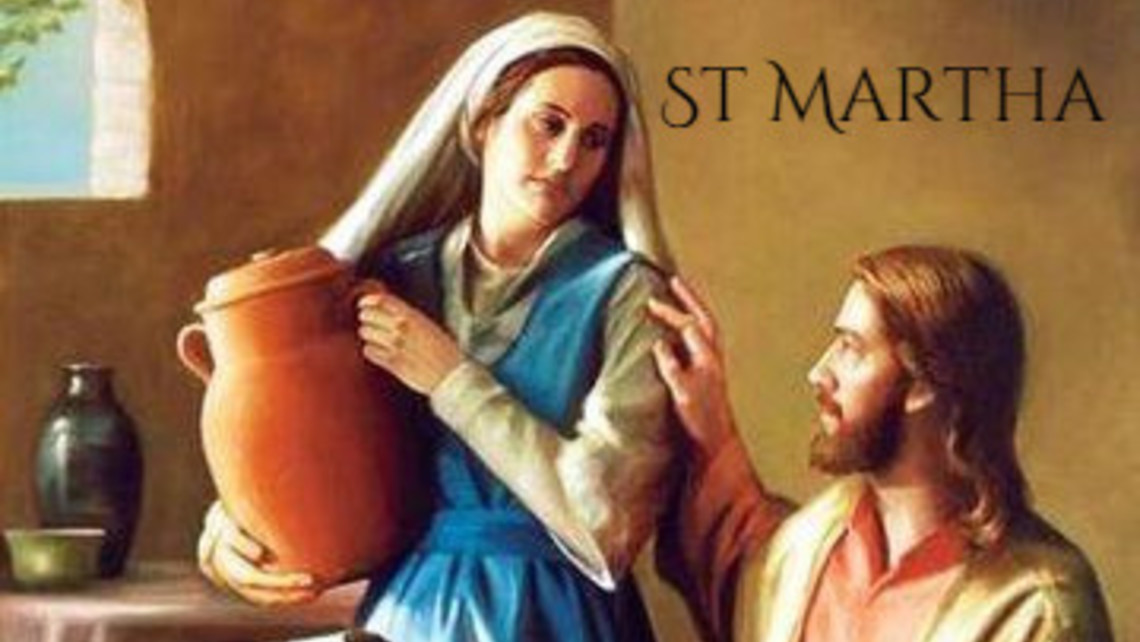 Friendship and Service – Martha, Mary, and Jesus
The gospel of Luke includes what is arguably the most well-known story of Martha and her sister Mary, when they have Jesus to their home for dinner. Martha likely felt slightly flustered before his arrival, making sure everything was tidy and in order. Once he arrived, she was still busy preparing the food. As a hostess, Martha was striving to ensure that Jesus felt welcomed and at home in her house, and was upset that Mary did nothing to help her:

She had a sister named Mary [who] sat beside the Lord at his feet listening to him speak. Martha, burdened with much serving, came to him and said, “Lord, do you not care that my sister has left me by myself to do the serving? Tell her to help me” (Luke 10:39-40).

Such a request does not seem unreasonable, and Jesus understands that Martha’s concern is legitimate. Yet he reminds her that while she is “anxious and worried about many things,” Mary’s desire to learn from Jesus is “the better part” (Luke 10:41-42).

This account in Martha’s life reminds us not to become anxious about the things we’re facing to our spiritual detriment. Martha was so concerned with serving Jesus and those around her that she missed out on the opportunity to learn from him.

Faith and Love – The Death and Resurrection of Martha’s Brother
In John 11, when Martha’s brother Lazarus contracted a terrible illness, she sent Jesus a message with the hope that he would come and heal him. However, Jesus did not arrive until four days after Lazarus’s death. Martha did not react to Jesus’ late arrival with sorrow or anger, but with calm understanding:

Even though her brother was already dead, Martha had faith that Jesus could still perform a miracle with his life. She believed this, because she believed that Jesus was the prophesied Messiah:

Jesus said to her, “Your brother will rise.” Martha said to him, “I know he will rise, in the resurrection on the last day.” Jesus told her, “I am the resurrection and the life; whoever believes in me, even if he dies, will live, and everyone who lives and believes in me will never die. Do you believe this?” She said to him, “Yes, Lord. I have come to believe that you are the Messiah, the Son of God, the one who is coming into the world” (John 11:23-27).

The life of Anthony will remind many people of Saint Francis of Assisi. At 20, Anthony... END_OF_DOCUMENT_TOKEN_TO_BE_REPLACED

Due to the high Covid-19 rates, the decision has been made to postpone the Parish Get-Together due to take place at St Gregory’s hall... END_OF_DOCUMENT_TOKEN_TO_BE_REPLACED