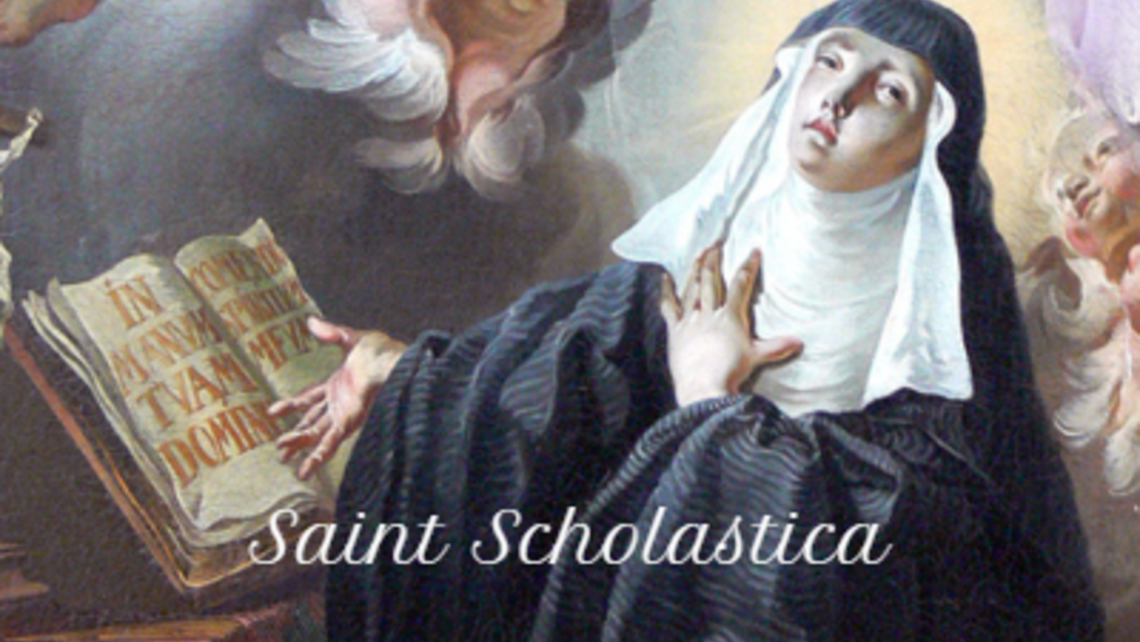 Twins often share the same interests and ideas with an equal intensity. Therefore, it is no surprise that Scholastica and her twin brother, Benedict, established religious communities within a few miles from each other.

Born in 480 of wealthy parents, Scholastica and Benedict were brought up together until he left central Italy for Rome to continue his studies.

Little is known of Scholastica’s early life. She founded a religious community for women near Monte Cassino at Plombariola, five miles from where her brother governed a monastery.

The twins visited each other once a year in a farmhouse because Scholastica was not permitted inside the monastery. They spent these times discussing spiritual matters.

According to the Dialogues of St. Gregory the Great, the brother and sister spent their last day together in prayer and conversation. Scholastica sensed her death was close at hand and she begged Benedict to stay with her until the next day.

He refused her request because he did not want to spend a night outside the monastery, thus breaking his own Rule. Scholastica asked God to let her brother remain and a severe thunderstorm broke out, preventing Benedict and his monks from returning to the abbey.

Benedict cried out, “God forgive you, Sister. What have you done?” Scholastica replied, “I asked a favor of you and you refused. I asked it of God and he granted it.”

Brother and sister parted the next morning after their long discussion. Three days later, Benedict was praying in his monastery and saw the soul of his sister rising heavenward in the form of a white dove. Benedict then announced the death of his sister to the monks and later buried her in the tomb he had prepared for himself.

A team from St Osmunds are representing the church at the Salisbury Cathedral Festival of Flowers which is open from today until Sunday 15th... END_OF_DOCUMENT_TOKEN_TO_BE_REPLACED

Prayer for Survivors of Abuse 2022

The Pontifical Commission for the Protection of Minors (PCPM) has highlighted the importance of prayer and suggested to Pope Francis that the worldwide Catholic... END_OF_DOCUMENT_TOKEN_TO_BE_REPLACED

As youth ministry “rebuilds” after the pandemic we hope this is an exciting prospect – something to aim for,... END_OF_DOCUMENT_TOKEN_TO_BE_REPLACED