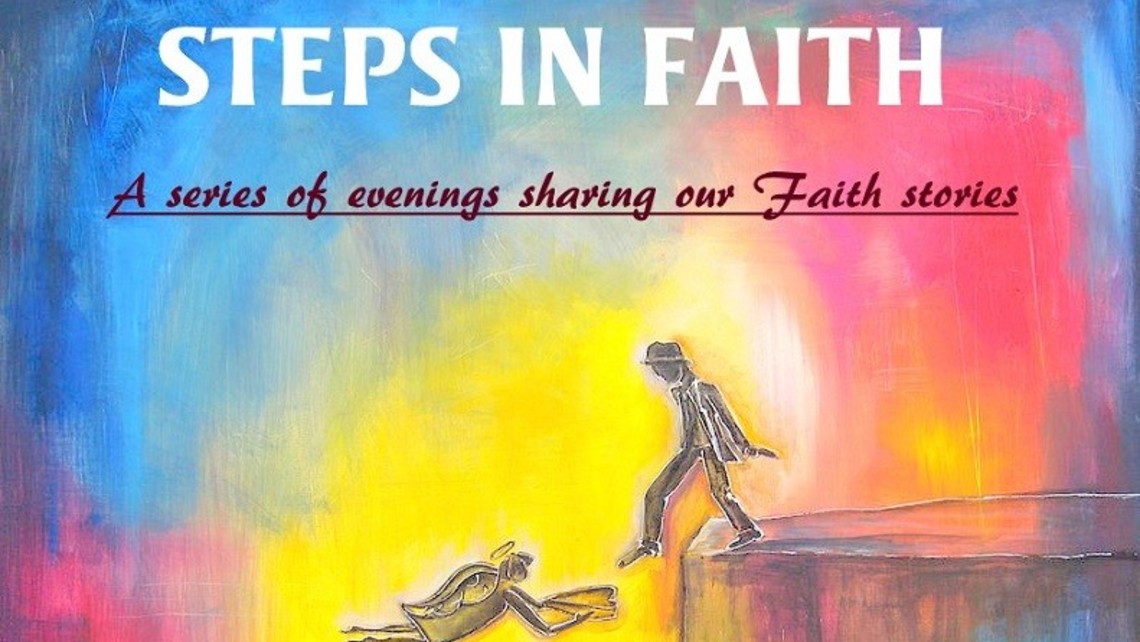 Our ‘Steps in Faith’ series of talks are a wonderful way in which members of our Salisbury Catholic Community share their faith story with others.  They take place during the evening in St Osmund’s Parish Rooms approximately once per month. In a relaxed and friendly environment, the invited speaker shares with others the experiences, challenges and highlights of their faith journey.  This month we heard from Stuart Ford who is our seminarian who has been on extended placement with us for the last nine months. Stuart is in his fourth year of formation for the priesthood at St John’s Seminary, Wonersh.

Stuart spoke on Wednesday evening (23rd May) and shared with us the way in which he has been led to his Call to Ordination to the Priesthood. He was able beautifully to portray his spiritual journey so far, through photographs and video-clips, which illustrated very well the reality that each of us has a story to tell - if we stop to reflect on it - moments when God has, in some unexpected and wonderful way, intervened in our lives.

His presentation revealed the numerous ways in which God has led him from a beginning in which his parents had no faith background to offer him, to a clear vocation to the Catholic Priesthood.

His parents divorced and his father married again and his new step-mother had a Protestant, Calvinist background and took Stuart, still a school-boy, with his younger sister, to her church twice every Sunday. He had to listen to a twenty-five minute sermon each time. After two years he and his sister stopped going out of boredom but not before the seed of faith had been planted, though he did not realise it at the time. He has kept in touch with the Pastor ever since.

There is not space to detail the fascinating steps from these early beginnings through various Anglican traditions to his finding his spiritual home, and his calling, within the Catholic Church. But his talk certainly revealed the unique nature of God's Call to each of us, which reveals the tenderness, love and unexpectedness of God, coupled with the recognition that it is by heeding and following His whispers that this strengthens and clarifies.

END_OF_DOCUMENT_TOKEN_TO_BE_REPLACED

The UK’s plans to forcibly deport to Rwanda some of those seeking refuge in our country is shamefully illustrative of what Pope Francis has... END_OF_DOCUMENT_TOKEN_TO_BE_REPLACED

The gospel call to leave everything and follow Christ was the rule of Saint Anthony of... END_OF_DOCUMENT_TOKEN_TO_BE_REPLACED