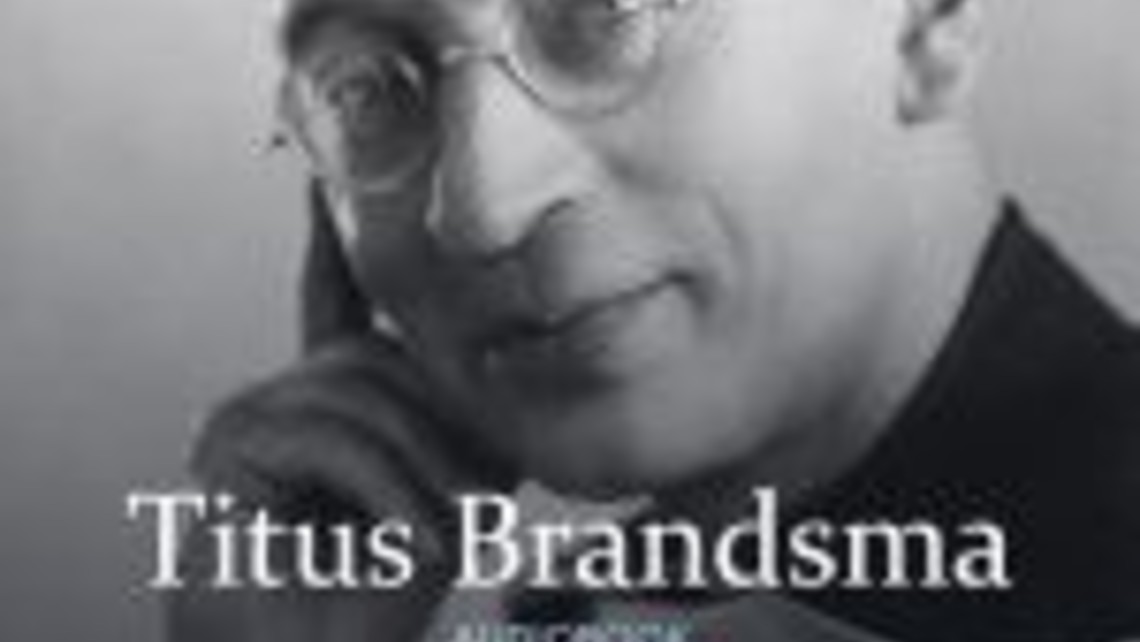 Titus Brandsma was a Carmelite friar who was killed in the Dachau concentration camp on 26 July 1942.

The Nazi invasion of Holland took place on 10 May 1940. Their persecution of the Jews is well known. Titus defended the Jewish people – especially Jewish children who attended Catholic schools. He said: “the Church in carrying out her mission makes no distinction between sex, race or people.”

In late 1941, Dutch Catholic media outlets were ordered to carry Nazi Party advertisements. The Catholic hierarchy asked Titus to intervene, which he did with great courage, writing to all editors of Catholic publications and pleading with them to defy the order. He was betrayed to the Nazi authorities.

He was arrested on 19 January 1942 and spent seven weeks at the prison in Scheveningen, before being transferred with a hundred other prisoners to Amersfoot concentration camp.

He spent nearly two months there, before being sent back to Scheveningen for further questioning. The head of the secret police called Titus “that dangerous little friar”. When it became clear that Titus would not go against his conscience and give in to the demands of the Nazi party, he was sent to Dachau.

He was taken to the camp ‘hospital’, in reality an experimental laboratory, where he suffered more degrading treatment. Finally, on 26 July 1942, an SS nurse administered the injection that would kill him.

Titus Brandsma was beatified by Pope Saint John Paul II on 3 November 1985 and will be canonised by Pope Francis on Sunday 15 May 2022.

Bishop Thomas Neylon has expressed his joy at the news of the Canonisation of Blessed Lazarus, also called Devasahayam, an 18th-century Indian martyr. He... END_OF_DOCUMENT_TOKEN_TO_BE_REPLACED