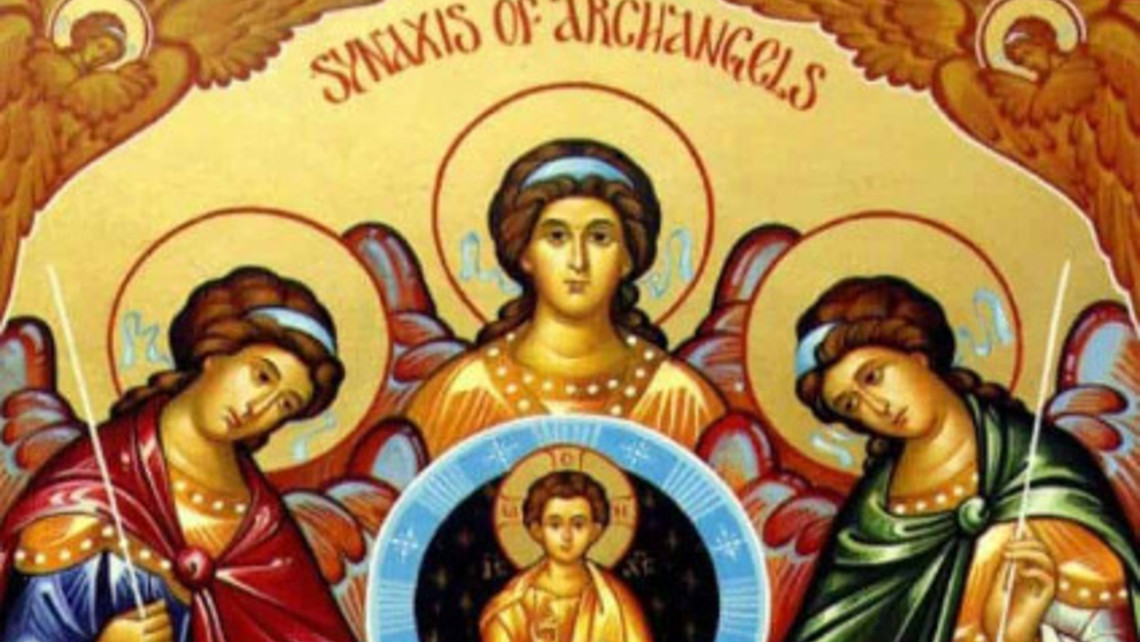 Michael appears in Daniel’s vision as “the great prince” who defends Israel against its enemies; in the Book of Revelation, he leads God’s armies to final victory over the forces of evil. Devotion to Michael is the oldest angelic devotion, rising in the East in the fourth century. The Church in the West began to observe a feast honoring Michael and the angels in the fifth century.

Gabriel also makes an appearance in Daniel’s visions, announcing Michael’s role in God’s plan. His best-known appearance is an encounter with a young Jewish girl named Mary, who consents to bear the Messiah.

Raphael’s activity is confined to the Old Testament story of Tobit. There he appears to guide Tobit’s son Tobiah through a series of fantastic adventures which lead to a threefold happy ending: Tobiah’s marriage to Sarah, the healing of Tobit’s blindness, and the restoration of the family fortune.

The memorials of Gabriel and Raphael were added to the Roman calendar in 1921. The 1970 revision of the calendar joined their individual feasts to Michael’s.

Cardinal Nichols on the Cost of Living Crisis

Catholics are present in every local community, seeking to contribute constantly to the support of those in need. So we are well aware... END_OF_DOCUMENT_TOKEN_TO_BE_REPLACED

On the night of Friday 7th October we are asking you to give up your cosy bed and sleep... END_OF_DOCUMENT_TOKEN_TO_BE_REPLACED

Matthew was a Jew who worked for the occupying Roman forces, collecting taxes from other Jews. The Romans were not... END_OF_DOCUMENT_TOKEN_TO_BE_REPLACED