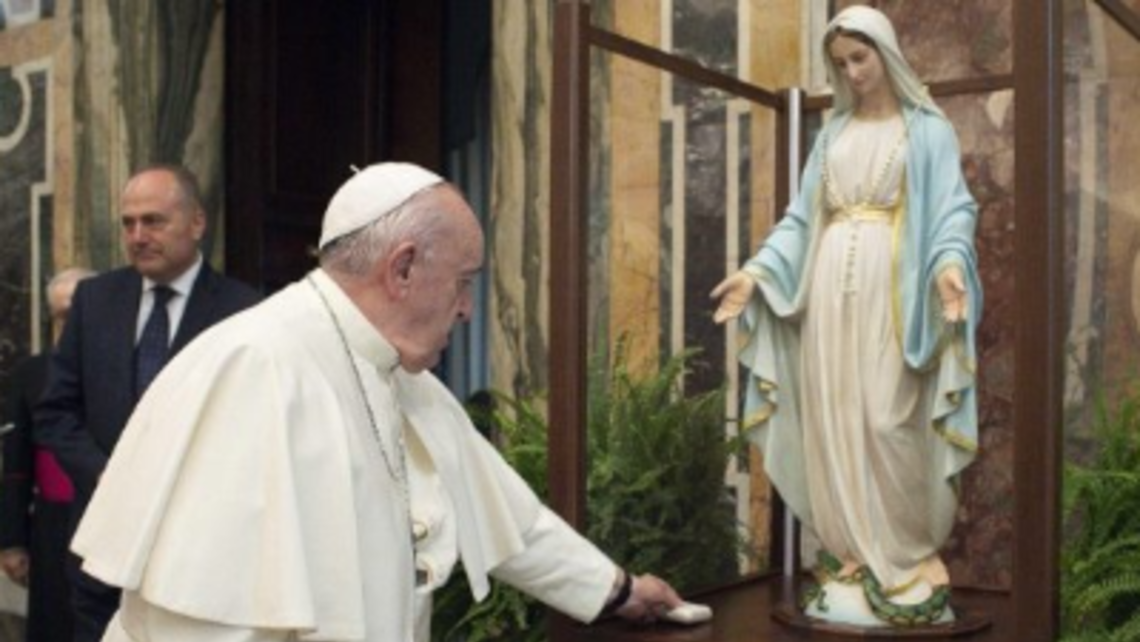 Pope Francis, in connection with international shrines worldwide, will lead a Rosary for peace from the Basilica of St. Mary Major on 31 May for those suffering the ongoing war in Ukraine and other wars around the world.

Pope Francis will lead a Rosary for peace as a sign of hope for those suffering from the ongoing war in Ukraine and wars around the world.

The news was announced on Ascension Thursday in a statement from the Pontifical Council for Promoting the New Evangelization.

“At the conclusion of the Marian month, Pope Francis wishes to offer a sign of hope to the world, suffering from the conflict in Ukraine and deeply wounded by the violence of the many wars still active.”

On Tuesday, 31 May, at 6pm, the Pope will pray the Rosary before the statue of Mary Regina Pacis in Rome's Marian Basilica.

"All the faithful in every part of the world are invited to support Pope Francis in his prayer to the Queen of Peace," the statement encouraged.

A brilliant philosopher who stopped believing in God when she was 14, Edith Stein was so captivated by reading the autobiography of Teresa... END_OF_DOCUMENT_TOKEN_TO_BE_REPLACED

Jesus Christ is a living, divine person who has... END_OF_DOCUMENT_TOKEN_TO_BE_REPLACED

John Vianney was born a peasant in Dardilly, France, in 1786. As a youth, John shepherded sheep on his father’s farm. It was... END_OF_DOCUMENT_TOKEN_TO_BE_REPLACED