Sunday of the Word of God 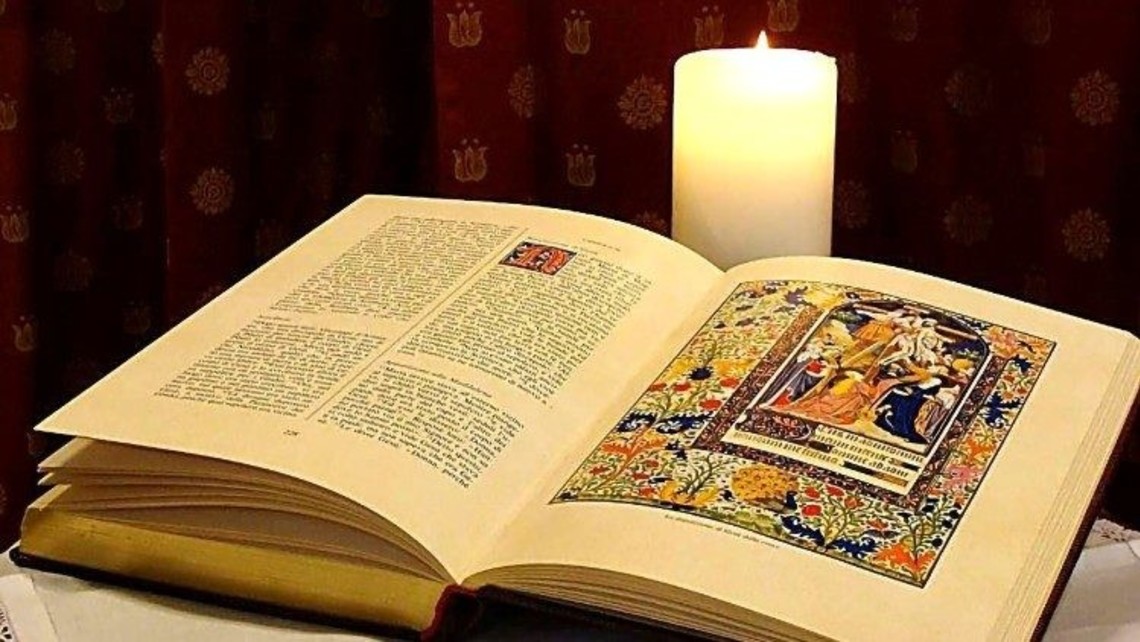 Pope Francis’ Apostolic Letter, Motu proprio "Aperuit illis", published on 30 September, establishes that "the Third Sunday in Ordinary Time is to be devoted to the celebration, study and dissemination of the Word of God".

The timing of the document is significant: 30 September is the Feast of Saint Jerome, the man who translated most of the Bible into Latin, and who famously said: "Ignorance of Scripture is ignorance of Christ". This year also marks 1600 years since his death.

The title of the document, “Aperuit illis”, is equally important. They are its opening words, taken from St Luke’s Gospel, where the Evangelist describes how the Risen Jesus appeared to His disciples, and how “He opened their minds to understand the Scriptures”.

A response to requests

Recalling the importance given by the Second Vatican Council to rediscovering Sacred Scripture for the life of the Church, Pope Francis says he wrote this Apostolic Letter in response to requests from the faithful around the world to celebrate the Sunday of the Word of God.

In the Motu proprio (literally, “of his own initiative”), Pope Francis declares that “the Third Sunday in Ordinary Time is to be devoted to the celebration, study and dissemination of the Word of God”. This is more than a temporal coincidence, he explains: the celebration has “ecumenical value, since the Scriptures point out, for those who listen, the path to authentic and firm unity”.

Pope Francis invites local communities to find ways to “mark this Sunday with a certain solemnity”. He suggest that the sacred text be enthroned “in order to focus the attention of the assembly on the normative value of God’s Word”. In highlighting the proclamation of the Word of the Lord, it would be appropriate “to emphasize in the homily the honour that it is due”, writes the Pope.

“Pastors can also find ways of giving a Bible, or one of its books, to the entire assembly as a way of showing the importance of learning how to read, appreciate and pray daily with Sacred Scripture”.

The Bible is for all

The Bible is not meant for a privileged few, continues Pope Francis. It belongs “to those called to hear its message and to recognize themselves in its words”. The Bible cannot be monopolized or restricted to select groups either, he writes, because it is “the book of the Lord’s people, who, in listening to it, move from dispersion and division towards unity”.

The importance of the homily

“Pastors are primarily responsible for explaining Sacred Scripture and helping everyone to understand it”, writes Pope Francis. Which is why the homily possesses “a quasi-sacramental character”.  The Pope warns against improvising or giving “long, pedantic homilies or wandering off into unrelated topics”.

Rather, he suggests using simple and suitable language. For many of the faithful, he writes, “this is the only opportunity they have to grasp the beauty of God’s Word and to see it applied to their daily lives”.

Sacred Scripture and the Sacraments

The Pope uses the scene of the Risen Lord appearing to the disciples at Emmaus to demonstrate what he calls “the unbreakable bond between Sacred Scripture and the Eucharist”. Since the Scriptures everywhere speak of Christ, he writes, “they enable us to believe that His death and resurrection are not myth but history, and are central to the faith of His disciples”.

When the sacraments are introduced and illumined by God’s Word, explains the Pope, “they become ever more clearly the goal of a process whereby Christ opens our minds and hearts to acknowledge His saving work”.

The role of the Holy Spirit

“The role of the Holy Spirit in the Scriptures is primordial”, writes Pope Francis. “Without the work of the Spirit, there would always be a risk of remaining limited to the written text alone”. The Pope continues: “This would open the way to a fundamentalist reading, which needs to be avoided, lest we betray the inspired, dynamic and spiritual character of the sacred text”.  It is the Holy Spirit who “makes Sacred Scripture the living word of God, experienced and handed down in the faith of His holy people”.

Pope Francis invites us never to take God’s Word for granted, “but instead to let ourselves be nourished by it, in order to acknowledge and live fully our relationship with Him and with our brothers and sisters”.

The Pope concludes his Apostolic Letter by defining what he describes as “the great challenge before us in life: to listen to Sacred Scripture and then to practice mercy”. God’s Word, writes Pope Francis, “has the power to open our eyes and to enable us to renounce a stifling and barren individualism and instead to embark on a new path of sharing and solidarity”.

The Letter closes with a reference to Our Lady, who accompanies us "on the journey of welcoming the Word of God", teaching us the joy of those who listen to that Word – and keep it.

PLEASE VISIT OUR THE GOD WHO SPEAKS PAGE WHICH FOCUSES ON THE BIBLE.

John is a saint because his life was a heroic effort to live up to... END_OF_DOCUMENT_TOKEN_TO_BE_REPLACED

The Catholic Church teaches that the Blessed Virgin Mary was immaculately conceived, that is, from the time of her conception in her mother’s... END_OF_DOCUMENT_TOKEN_TO_BE_REPLACED

On Nov. 30, Catholics worldwide celebrate the feast of St. Andrew, apostle and martyr. A fisherman from Bethsaida and brother of Simon Peter,... END_OF_DOCUMENT_TOKEN_TO_BE_REPLACED